You are here: Home / Archives for Humor 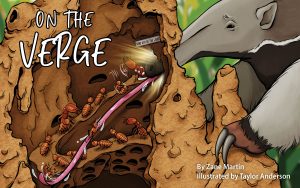 On The Verge by Zane Martin

On The Verge is a full color digitally illustrated single-panel comic book with a slant toward the irrational and absurd. Each comic explores the humorous side of human behavior when it gets out of hand or goes too far with a heavy dose of irony and satire.

Buy the book, and follow the author on social media:
Get This Humor Book From Barnes and Noble.

END_OF_DOCUMENT_TOKEN_TO_BE_REPLACED 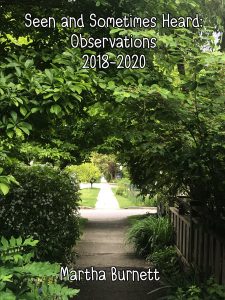 Seen and Sometimes Heard: Observations 2018-2020 is an homage to the lost art of randomly listening in on other people’s conversations. The book references cartoonist Stan Mack’s comic strip that ran from 1975 to 1995 in the free paper the Village Voice: “Real Life Funnies. All Conversations Guaranteed Overheard 100% Verbatim”. Problem is, random listening today isn’t what it used to be. I tried. I spent a fair bit of time riding buses and subways, wandering around, sitting in coffee shops, hanging out. But social spaces in the 21st Century simply cannot compare to those of the late 20th Century. Then the Pandemic of 2020 hit. Subsequently, what began as a series of illustrated observations of the world around me in 2018 and 2019 ends with personal comments on life lived during Covid-19.

Buy the book, and follow the author on social media:
Get This Humor Book From Amazon.

END_OF_DOCUMENT_TOKEN_TO_BE_REPLACED 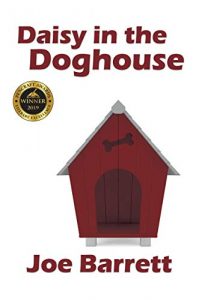 Daisy in the Doghouse by Joe Barrett

From the author of Managed Care, the Maxy Book Awards 2019 “Book of the Year.” Inspired by her father’s rants, the popularity of Daisy’s blog soars, resulting in an unlikely sequence of events that ultimately has a very positive impact on way that people treat each other in American society.

Buy the book, and follow the author on social media:
Get This Humor Book From Amazon.

END_OF_DOCUMENT_TOKEN_TO_BE_REPLACED 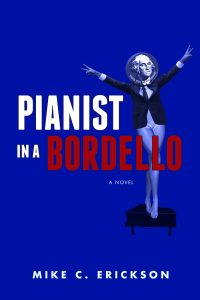 About Pianist in a Bordello by Mike C. Erickson

Pianist in a Bordello

What would happen if a politician decided to tell the truth—the whole truth?
Richard Youngblood, aspiring Congressman, is about to find out. He’s running on a platform of honesty and transparency—and against the advice of his friends and advisers he’s decided to start with himself. His autobiography will lay his entire life bare before voters just days before the election.
And what a life he’s had. Born in a commune and named Richard Milhous Nixon Youngblood as an angry shot at his absent father, Richard grows up in the spotlight, the son of an enigmatic fugitive and the grandson of a Republican senator. He’s kidnapped and rescued, kicked out of college for a prank involving turkeys, arrested in Hawaii while trying to deliver secrets to the CIA…Dick Nixon Youngblood’s ready to tell all.
He’ll even tell his readers about the Amandas—three women who share a name but not much else, and who each have helped shape and define the man he’s become.
Are voters really ready for the whole truth?
Are you?
Pianist in a Bordello is a hilarious political romp through the last four decades of American history, from a narrator who is full of surprises.