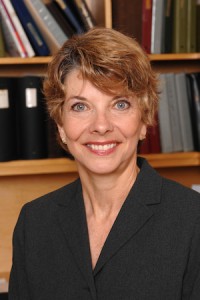 Tell us a little about yourself. Where were you raised? Where do you live now?
Joan is an award winning writer who has published 5 books and numerous stories. Her newest is a mystery/suspense novel, The Clock Strikes Midnight.

Joan has been an avid reader for as long as she can remember. She reads all kinds of books, including women’s fiction, mysteries, biography, and nonfiction related to her work. She does not read fantasy, horror or romance. Her passion as a reader lies closer to literary writing with a commercial bent.

“I write about characters who remind me of myself at times and my sister at times, but never fully so. My stories are told from a woman’s point of view. Characters drive my writing and my reading.”

Having grown up in the South with a mother from Westchester County New York, Joan has a unique take on blending the southern traditions with the eye of a northerner. She spent most of her childhood in North Carolina, but currently lives in Georgia.olina and now resides in Georgia.

At what age did you realize your fascination with books? When did you start writing?
I’ve loved reading for as long as I can remember. My mother is a voracious reader. As kids we were not allowed to disturb her when she was reading (which was most of the time.). I still see her sitting at the kitchen table with her nose in a book.

I began writing in the eighth grade when I wrote a play using the Tale of Two Cities.
One day years later I saw a notice for a contest in storytelling sponsored by Reader’s Digest. I decided to submit a story. Mine won second place in this national competition. It was later published in Reader’s Digest. That experience gave me the confidence to begin doing more writing.

From writing stories to writing books was a major leap. I began with a practice novel to see what it was like to write a novel. Of course, I didn’t consider it “practice.” Later, I realized how much goes into the craft of writing fiction. My second novel became a very early version of The Clock Strikes Midnight. In between all this, I published 4 business books. That experience kept me in the writing game.

Today, I’m concentrating on fiction and enjoying the opportunity to create new characters and stories.

Who are your favorite authors to read? What is your favorite genre to read. Who Inspires you in your writings?
I’m inspired by good writing. I have many favorite authors. First, Colette. I read the Colette Omnibus when I was in my 20’s. Colette writes like a poet. Her words bring forth beautiful images and she creates amazing characters.

As a teen I devoured Charles Dickens. David Copperfield was my favorite book. Maturing, I began reading Susan Howatch. She’s a wonderful writer who develops amazing characters all set in England.

I read many genre including: 1)women’s fiction–Lee Smith is another favorite in that genre
2) mystery/suspense–I loved The Girl with a Dragon Tattoo and the sequels. I also love Martha Grimes 3) Southern fiction, including Pat Conroy, Fanny Flagg, Ferrol Sams, to name a few 4) biography–Doris Kerns Goodwin, David McCullough. I tend to love reading about people 5) Abraham Verghese’s My Favorite Country and Khaled Hosseini, both The Kite Runner and A Thousand Splendid Suns.

Tell us a little about your latest book?
The Clock Strikes Midnight is a race against time in a quest for revenge and atonement. This is a story about hate, love, betrayal and forgiveness.

If you found out you had only 3 months to live, what would you do? That’s the question Janie Knox faces in this fast-paced mystery full of uncertainty and tension that will surprise you until the very last page.

Hiding behind the façade of a normal life, Janie keeps her family secrets tucked inside a broken heart. Everything changes on the day she learns she’s going to die. With the clock ticking and her time running out, she rushes to finish what she couldn’t do when she was 17—destroy her mother’s killer. But she can’t do it alone.

Janie returns to her childhood home to elicit help from her sister. She faces more than she bargained for when she discovers her sister’s life in shambles. Meanwhile her mother’s convicted killer, her stepfather, recently released from prison, blackmails the sisters and plots to extract millions from the state in retribution. New revelations challenge Janie’s resolve, but she refuses to allow either time or her enemies to her stop her from uncovering the truth she’s held captive for over 20 years.

A friend asked me what made me write this book. That’s a difficult question to answer. I’ve been working on this story for over 15 years. It began with a story titled Drawn Curtains. That book took me into the minds of the characters and their history. Over the years the characters grew and developed and the plot thickened. It’s almost as if the characters took on an energy of their own. I was simply the person at the keyboard. It was an amazing experience.