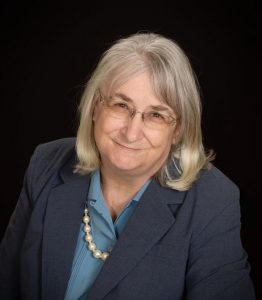 Tell us a little about yourself. Where were you raised? Where do you live now?
Although the author of several local histories and numerous articles on the topics of American and military history, antiques and collectibles, my first love is fiction. My work in the museum and history fields enables a special insight into creating fantasy worlds. The descendent of a coal-miner’s daughter and an aviation flight engineer, my writing reflects the contrasts of my heritage as well as that of my Gemini sign. My stories cross genres from historical westerns to science fiction and fantasy. Besides my local histories, I’ve written a dark fantasy, and in the world of romantic fantasy, there are five books in the dragon shifter series, the Dragshi Chronicles, and two volumes in the sword and sorcery, epic fantasy series, the Windmaster Novels. In my books, I invite readers to join me on travels through the stars, or among fantasy worlds of the imagination.

At what age did you realize your fascination with books? When did you start writing?
It is not surprising, I developed an early love of books, having inherited a love of reading from my mother and grandmother. After I went through what books of my mother’s that were age appropriate, I moved onto the westerns that my father loved. A family joke was that I learned my numbers and letters helping update manuals and reading the instrument panel of an old Constellation. My original forays into writing allowed the young me to adventure with the characters of the books I read or the television shows I watched.

Although it is only in recent years that my pen turned toward fiction, I have been a professional writer in one form or another for almost 30 years. My first professional writing was software code, technical documentation and user “how-to” manuals. After riding the tip of the needle that burst the dot.com bubble, I combined the technical and the general to write marketing literature for high-tech and insurance companies until those firms also disappeared.

Many, many years after the initial excursions into publication, I fell through the back door into a different kind of writing—journalism. My husband, who was the volunteer registrar for a local history museum needed an article on their stoneware collection. Photos were taken, words written, and a new career born. I wrote regularly for that publication and a dozen more for many years.

Walking a circle brings one back to the beginnings. Because I crossed from technical writing to marketing, then marketing to journalism, I refused to believe, despite being told repeatedly, that if you write non-fiction, you can’t write fiction. So I picked up the pen and many years after I stopped writing adventures that took me to other lands and eras, I returned to worlds of imagination. Only this time, the fan fiction and heroic adventures would be replaced by a more professional eye and an expanded area of interest.

Who are your favorite authors to read? What is your favorite genre to read. Who Inspires you in your writings?
I can never decide on a favorite author or genre. Here’s a few of my go-tos. Anne McCaffrey, mistress of Dragonhold, for her Tower and Hive series and the Dragon Riders of Pern. — Louis L’Amor because he walked the ground he wrote about in his historical westerns. — Barbara Hambly, for her use of magic in her worlds of fantasy. And Katherine Kurtz, of course I’d want to meet her in the land of Scotland where the contemporary fantasy, Adept series took place.

I find inspiration in various aspects of the world around me. A verse of music, a few notes of a tune or a photo from some exotic place can trigger an idea. But not all inspiration is the same. Sometimes a dream awakens me in the middle of the night and gives the overall storyline for a new work or a scene unfolds like one from a movie.

Tell us a little about your latest book?
The fantasy of The Windmaster Novels, a series described as, “A great read by an author with magic in her veins,” continues with the release of Windmaster Golem. The epic tale of Captain Ellspeth and the archmage, Lord Dal, returns as the next generation fights to save the future of magic.

Kiansel, sister to the current Oracle of Givneh, is expected to one day assume the mantle and lead the temple’s followers. Her emerging powers force an impossible decision. To answer the siren call of magic requires she turn her back on her family, her heritage and the teachings of the oracle.

Banishment to a remote village as healer, a position he despised, fueled Relliq’s desire for revenge. The discovery of a mythical city and an army of clay soldiers provided the means to control all mages–including the one he wanted most—Kiansel.

Brodie, weaponsmith for the School of Mages couldn’t refuse the archmage’s request to act as escort for a healing team fighting a curse upon the land. But how can a man without any magic of his own fight a curse or protect a friend from an invisible stalker?