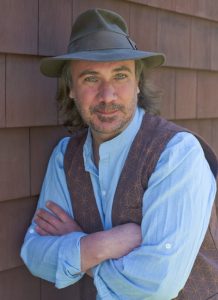 Tell us a little about yourself. Where were you raised? Where do you live now?
Like a lot of folks, I’ve been many things in my life, but one of the most prominent is that I’m a former sergeant with the Army National Guard. I also hold a Bachelor of Science in Professional/Technical Communication and a Master of Fine Arts in Creative Writing. Nowadays, however; I’m a full-time author, which is really my true love, going way back to childhood when my mind was enchanted by the adventures of Tintin and his pals. I have also had experience with editing, journalism, desktop publishing, and videography.

Being an avid explorer, I’ve spent time in all but two states in America and am always on the lookout for someplace new. Internationally speaking, I never thought Iraq and Kuwait would be my first travel destinations, but they did provide plenty of writing material. In my spare time, I love to cook, read, backpack, and mountain bike.

I’ve just self-published my second memoir, titled Playing Soldier. My first, Lines in the Sand: An American Soldier’s Personal Journey in Iraq, won a Readers’ Favorite Five-Star Award and is a transcription of the handwritten journals I kept during my tour of duty.

I live in New England with my cat, Jerome, who is always purring for another snack.

At what age did you realize your fascination with books? When did you start writing?
I fell in love with books and imagination when I was very young while reading Herge’s The Adventures of Tintin and I wrote my first story when I was ten. It wasn’t much, three pages, but when I was finished awkwardly pecking at my mother’s old manual typewriter, I couldn’t have been prouder.

Who are your favorite authors to read? What is your favorite genre to read. Who Inspires you in your writings?
Oh, there are so many. But off the top of my head, I would have to say Malcolm Braly, Maya Angelou, William Styron, Flannery O’Connor, and Baron Wormser.

Typically, I read a lot of nonfiction, but really any book I can get my hands on delights me.

Cheryl Strayed has been an inspiration for me. I appreciate the style of her writing, but also her honesty.

Tell us a little about your latest book?
From the back cover of Playing Soldier, my latest memoir:

As an only child isolated within a troubled family, F. Scott Service found solace in fantasy and imagination, until a fateful day led to the discovery of his father’s Korean War field jacket hidden in a closet. What began as innocent emulation and approval, eventually spiraled into the calamitous loss of everything he had built as an adult. Faced with a grievous divorce, post-traumatic stress, homelessness, substance abuse, and the failure of everything he had willed himself to believe was truth, one night communing with a loaded pistol became the mechanism for self-clarity. From that darkest time, only elemental deconstruction and reconstruction of identity would allow him to forge a reclamation with his true, original self.

Visceral, with breathtaking candor, Playing Soldier powerfully captures the unlearning of expectation, the celebration of individuality, and the nourishing of self-acceptance once buried by cultural stamps of approval and societal convention. Braided with humor, courage, fear, despair, and hope, his unflinching, evocative story of passage into adulthood, the Iraq War, and beyond, speaks to anyone who has confronted adversity from without and grappled for their dreams from within.