You are here: Home / Books To Read / To Save Just One by William Cain 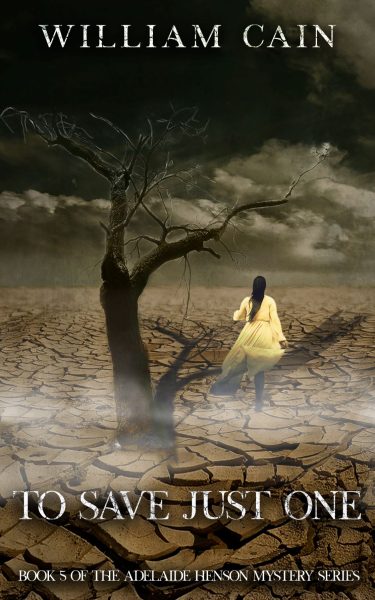 To Save Just One by William Cain

It’s Free June 6-10, 2022!
If you like strong one of kind female characters determined to find the most heinous psychotic killers, even if it means entering into the dark world of hitmen and outright ugly people, then follow this psychological mystery series and super cop Henson on her thrilling adventures.
Henson fiercely crusades to rescue her niece and stop the killers, reaching The Badlands of South Dakota and the mysteries it holds beneath the desert floor. A sociopathic group of men wages war against Henson and her Task Force to stop her. It’s Game On!

I’m from New York, but I was born in Texas and I met my wife in Los Angeles. We have one son, he’s in finance.

I started writing in 2017 and have this series planned out (kind of). I think my imagination gets a little carried away, as I’ve been told to remove a few things.

I have this one reviewer ] that is very eager to explain his ideas. I told him I’ll need to credit him in a future book with some basic character developments. His ideas are pretty good. His name is Enrico and he’s an NYPD first grade detective. Just to give you perspective, NYPD has around 40,000 officers and employees and there are only 200 first grade detectives.

So, stay tuned. It’s going to get very hot in here!