You are here: Home / Books To Read / The Night Belongs To Her by Justin Warren 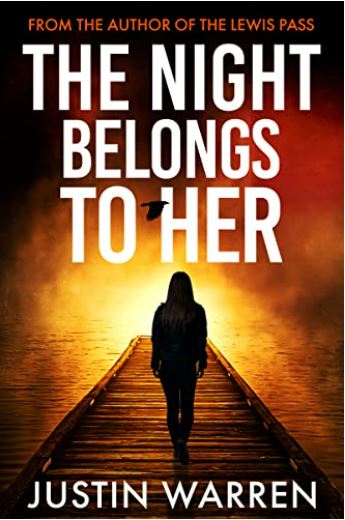 The Night Belongs To Her by Justin Warren

Dylan Harper has been demoted and banished to the small town of Westport. Now the sergeant in charge of the local police station, he doesn’t expect to face another murder investigation any time soon. That is until one night, the phone rings. The voice on the other end is barely audible, but what it says makes Harper’s blood run cold. Minutes later, two men are shot with a high-powered rifle through the window of a bar, leaving one critically wounded, and one dead.

Detectives arrive and a fast-paced investigation ensues when it becomes apparent this might just be the first in a series of murders. A strange sequence of letters is etched into the bullet and a message written in blood is found at another address, all indicating a second murder will take place in less than 24 hours. Trouble is, only Harper believes more killings are to come.

Harper and his small team of police are thrust into a race against time to track down the killer before they strike again. But the mystery only deepens when someone breaks into Harper’s home to watch him as he sleeps. Are they the killer? Will Dylan Harper be the next victim? Only time will tell.

Justin Warren is an author from Down Under (New Zealand) who writes traditional detective/crime fiction that harkens back to the cold, dark, gritty days of hardboiled noir writers of the past. His books are set on the ruggedly beautiful West Coast of New Zealand and his characters are straight-talking, no-nonsense figures that could almost have been plucked straight from the screen of a 1940s noir movie. There are three books in the Dylan Harper series. Dead Ground, The Lewis Pass, and The Night Belongs to Her.