You are here: Home / Books To Read / The Journey (The Feigned Moon of Entiria Epic Serial Book 1) by E. A. Bagby 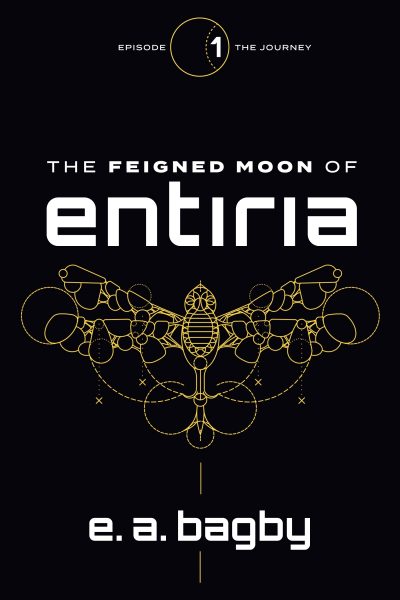 The Journey (The Feigned Moon of Entiria Epic Serial Book 1) by E. A. Bagby

Grab your free copy on August 27!

Join Giels on a journey of discovery in this serial’s nail-biting first episode.

In the lush, forested world between the earth and sky, sometimes it takes only a little thing to disrupt your concept of reality, forever. For Giels, it is an item of legend—a recorder—and the message it contains.

Giels has grown up believing he was destined for two things: One, becoming the Lead Storyteller of his tribe, and two, marrying his childhood sweetheart, Cleo. But all his carefully laid plans fall apart when their eccentric tech genius friend, Erikal, builds a miraculous new flying machine and offers them a journey beyond the ends of the known World.
Tomorrow was supposed to be Giels’s moment. Having passed the threshold to adulthood, he must prove his knowledge of the ancient stories for the shamans and secure his future in tribal leadership. But now all Cleo can talk about is this new adventure . . . and her growing affection for Erikal.
They leave before dawn. Will Giels honor his commitments and risk losing the love of his life? Or will he abandon everything he’s worked for to stay by her side, even if that means passing into lands no mortals were meant to enter—at the whims of a madman?
One thing is for certain: There are darker secrets behind those ancient stories than he ever dreamed of—and everything he thinks he knows about reality is about to change.

Part Journey to the Center of the Earth, Ringworld, Gormeghast, Lord of the Rings, and Mists of Avalon, with a splash of House of Leaves and a sprinkle of Jane Austin, this work is written in a crisp, immersive style.

To Giels, his world is as real as your own, and he wants to bring you with him to strange places and new realities in this first installment of the epic serial, The Feigned Moon of Entiria.

In the tradition of Charles Dickens, The Count of Monte Cristo, and Worm, The Feigned Moon of Entiria will be distributed over time as parts (called episodes) in a serialized fashion, starting with The Journey.

★ ★ ★ ★ ★ 5 Stars! “Author E. A. Bagby has crafted the opening episode to a fascinating conceptual world and a journey that will surely build into a truly fantastical adventure…Bagby’s prose offers vivid descriptions and solid worldbuilding for both the tribal setting and the promise of the worlds beyond what is known. Overall, I would highly recommend The Journey for readers seeking to embark upon a brand new and exciting sci-fi and fantasy adventure.”—Readers’ Favorite.

Author Bio:
After growing up on Star Wars and in the foothills of the Sierra Nevada mountains, like flying from Tatooine to the Death Star, his family moved him to a loft in the center of Manhattan, in the early ’80s. The transition colored his experience and stuck with him to eventually inspire his first novel.
Hobbies include writing (of course), snowboarding, hiking, and keeping up with his two teen boys.