You are here: Home / Books To Read / The Fatal Couple, An Absolutely Gripping Psychological Thriller 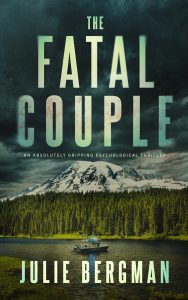 About The Fatal Couple, An Absolutely Gripping Psychological Thriller:

Best-selling author of The Fatal Creation

Brandon wanted a little fun with a beautiful woman, but this wasn’t what he had in mind. He hoped she would remove the cuffs so he could touch her gorgeous body. Just as that thought entered his mind, he lost the ability to breathe.

One airman and four civilians have turned up dead. Who would be next?

After bringing her former mentor to justice, Air Force Defense Investigator Sergeant Evelyn “Mac” McGregor has a reputation for catching a killer. But what if there are two?

Mac realizes the key to solving the murders may lie deep in a taboo culture that most people know little about. The bodies are discovered floating in the water and have strange wounds.

The Air Force tasks Mac with bringing the guilty to justice. She teams up with the FBI and local police in a multi-jurisdiction search. Before long, Mac becomes the hunted with few clues and more victims turning up dead. Will she be next?

Julie Bergman is a retired military veteran who served her country for over 20 years. She lives in beautiful Spokane, Washington, with her supportive husband, four wonderful children, and a slobbery Olde English Bulldog with attitude. After over 17 years in the JAG Corp and a master’s degree in Forensic Psychology, her fascination with crime and the dark side of humanity has spilled into a military-based serial killer novel/series that you won’t be able to put down.