You are here: Home / Books To Read / The Evolution Trilogy by Todd Borho 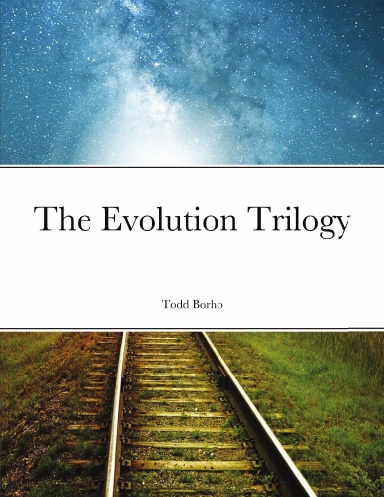 About Featured Book: The Evolution Trilogy by Todd Borho

What could a moral and spiritual evolution away from a coercion-based society and towards a voluntary society look like? The Evolution Trilogy creates a universe where just a few individuals taking right action to evade and erode the state can have profound effects. Part one of the trilogy is a near-future, sci-fi comedy spoof of the James Bond franchise, in which James Bong and his ragtag group of anarchists, armed with The Truth, techie tricks, and a full spread of crypto currencies, attempt to wake people up to the true meaning of anarchy. This part of the trilogy is written in t.v. script form for a quick, action-packed read. Part two is a high seas adventure called “SeAgora”. This takes place about 50 years after the James Bong conclusion. A thriving anarchist seasteading agora faces increasing aggression from government mafias.

Can a young scientist unlock the secrets of faster-than-light propulsion to help the agorists escape to space? Throw in some shape-shifting artificial intellect characters, betrayal, and some power-mad A.I. dictators, and you’ve got a recipe for supreme adventure. Part three, “Agora One”, takes place 500 years after SeAgora. Anarchists from across multiple galaxies are active in a loose, voluntary agora, with jaw-dropping tech and physics-defying speeds. But what happens when the wrong tech reaches a group of statist, alien space pirates?

This SciFi book is available in these Formats: Print