You are here: Home / Books To Read / The Chippendale Letter by E T McNamara 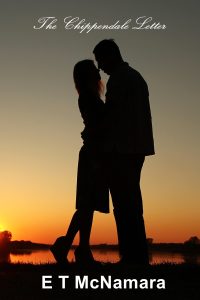 About The Chippendale Letter by E T McNamara:

From the author of The Puzzle Pieces and Fate’s Final Destiny comes a two-generation romantic novel set against World War 2, the Vietnam War, and America’s space race. Discovering an unmailed letter from 1944 twenty-five years later in an old Chippendale chest, Vietnam War widow Patti Kilbride embarks on a journey to find the intended recipient. Caught up in her efforts to reunite two strangers from the past, Patti is unaware of the changes her search is having in her own life. Following the lives of a WWII naval aviator and a ‘Rosie the riveter’ aircraft factory worker, we watch their past lives eventually catch up with Patti’s present life. If you enjoy a good love story and at the same time want to experience what American life was like generations ago, this book is for you.

E T McNamara is an award-winning, best-selling Amazon author who began his writing career after retiring from years of serving in the public sector. E T McNamara attended St. John’s University and Rollins College, attaining his degree in economics and doing post-graduate work in financial management. He has always been interested in history and describes himself as a romantic who enjoys a good love story. His other interests include landscape photography, where he has received national recognition for his work. Married with three children and four grandchildren, the author believes writing late in life is advantageous. His varied background includes being a police supervisor, a criminal investigator, a SWAT team member, a supervising court clerk, and the court official in charge of New York City’s night courts. He has served as a United States Marine Corps reservist, a district assistant manager for a major insurance company, and a NASDAQ registered representative. These positions have provided him with real-life experiences to incorporate into his novels. The author enjoys creating a believable story and developing characters with whom his readers can identify. He believes that if the readers feel better after reading the story than before, he will have achieved his objective.