You are here: Home / Books To Read / The Children of Zion 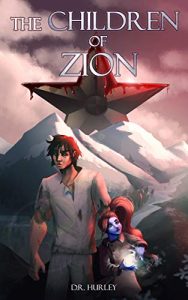 About The Children of Zion:

The traitor, Leos, must die!

The people of Cowldonia demand vengeance for his involvement with the Prince’s kidnapping. A charge he strongly denies, but cannot prove since his mind has been completely erased.

Faced with certian death, Leos has no choice but to go on the run. Embarking on a desperate struggle to clear his name and discover the true whereabouts of the missing Prince.

But as visions of the past begin to emerge, Leos starts to fear he may not be as innocent as he once thought…

Author Bio:
A former reconnaissance soldier who served in the 2003 Iraq war, Mr Hurley has since left the military to become a Firefighter in Cheshire, UK. The idea for his novel, ‘The Children of Zion’, was inspired by his time overseas in the Kuwait Desert and later Iraq.
Aside from watching old movies, his pastimes include exploring the British countryside with his family, keeping fit and creating fine Indian cuisine with an unhealthy level of heat.
He lives in North Wales with his wife and three children, their pet cats Fraggle & Rory, and rabbits Doughnut & Cupcake.