You are here: Home / Books To Read / The Brilliant Mirage 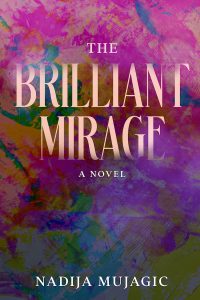 About The Brilliant Mirage:

When Carl Walker is offered a rare opportunity to become rich beyond his wildest dreams, will he be willing to make the sacrifices needed to make his dreams come true?
It is the year 1987. Carl Walker, a retired widower, is having an ordinary day when his neighbor tells him there are stashed diamonds that remained hidden in a secret location since World War II. The secret is safe with only a few, including an elderly woman who would be an excellent source for information if she didn’t suffer from a bad case of dementia.

When the stock market crashes on Black Monday, Carl Walker is alarmed. The value of his stocks sharply plummets and he has no other options but to pursue the diamond hunt to offset his loss. He packs his bags and travels the globe in search of the diamonds, but a man keeps following him, making his hunt nearly impossible.

During Carl’s diamond hunt, he does the unspeakable which ultimately leads him to confront his darkest fears and unearth the truth about himself and his life. Swift, surprising and provoking, The Brilliant Mirage is a riveting novel, certain to shock you with its final, heartbreaking turn.

Nadija Mujagić was born and raised in Sarajevo, Bosnia and Herzegovina, what used to be the former Yugoslavia back in the late 1970s. In 1997, she moved to the United States shortly after the end of the Bosnian War and has lived in Massachusetts since. In her spare time, she enjoys playing sports and electric bass guitar.