You are here: Home / Books To Read / The Alien Who Woke Earth by Remi DeWitt 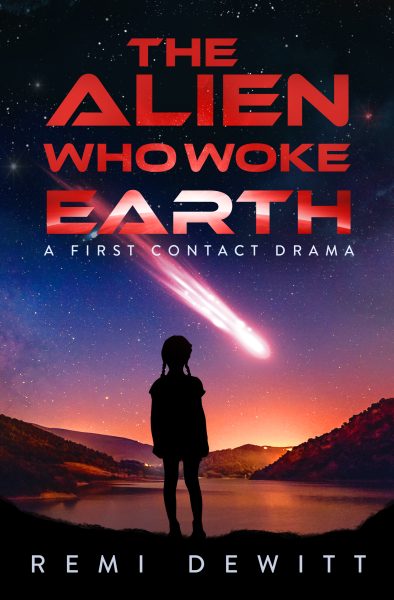 The Alien Who Woke Earth by Remi DeWitt

The world isn’t fair and no one seems to care.
When a big silver being with lethal powers falls from the sky, Devon enlists it in her quest to change the world into a better place. They set off to visit the president, and, along the way, collect an army of followers excited by the alien’s power. But the president knows they’re coming and uses all his powers to try to stop them. Will they overcome the rising tide of obstacles and get to Washington? And if they do, will anyone listen?
Devon learns that with power comes responsibility and discovers that it’s not easy to discern which people are good and which ones deserve the alien’s wrath.

Remi DeWitt was born in Southampton in 1954. Adopted into an agriculture family, he left the farm to work in both the brewing industry and civil engineering, completing a degree in Physics along the way. He has since returned to the countryside and now takes long walks in between writing.