You are here: Home / Books To Read / The Adventures of Kirk Rogers; Inside the Moon by C. J. Boyle 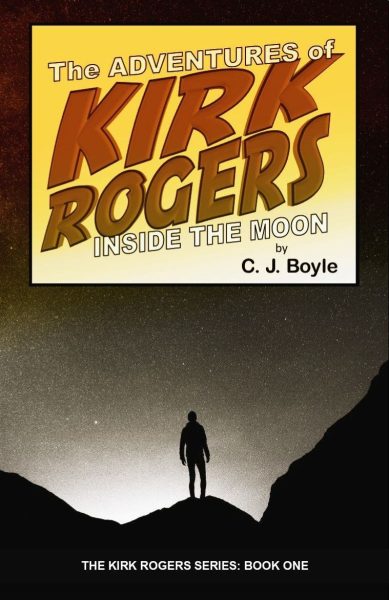 The Adventures of Kirk Rogers; Inside the Moon by C. J. Boyle

Star Trek meets The Big Bang Theory in this hilarious scifi mashup that follows Captain Kirk Rogers on his quest to save the universe. (4 Book Series)

An overconfident pilot with a stolen spaceship must fix an alien device before time runs out.

The Newtonians came to Earth two thousand years ago looking for a place to call home. Earth was perfect except its Sun had a fatal flaw that needed to be corrected. Once it was fixed, they were free to abandon their ship and leave it to orbit the planet below. Earthlings commonly refer to it as The Moon.

For two thousand years, Sheldor was nothing more than a highly intelligent computer program that maintained every function of Atlantis. It was a very boring and predictable job that was the same, day in, and day out. The monotony didn’t bother him, nor was he aware that it was an utterly boring life. He didn’t long for change or wonder when it will all end, he just did his job. It wasn’t until an asteroid slammed into the side of the ship that his life changed in a dramatic way. The damage that followed prevented him from carrying out an important task. A task that would save the Earth below. Part of his programming required him to ensure the survival of the Newtonians and the many generations that followed after them.

The asteroid caused a cave-in deep inside a cannon that was supposed to fire photon particles into the volatile sun and correct its flaw. The cannon required fixing but his figurative hands were tied. He needed someone with enough Newtonian blood to unlock his controls so that he could make the repairs. He was forced to use the satellites in Earth’s orbit to scan the planet below for possible candidates that he could teleport to the inside of the ship. But the process was imperfect. That’s how Laura Rogers ended up inside the moon making friends with a giant spider and a man called The Dangerous One. Kirk always looked after his little sister and he would do anything to find her. Including, steal a spaceship.

If you like Star Trek and Star Wars, The Kirk Rogers Series celebrates all things scifi with some familiar themes while having a unique story of its own. Don’t worry, even if you don’t catch all the subtle hints or Easter Eggs, it doesn’t take anything away from the story. I hope you enjoy the series as much as I do, and thanks for reading!

Get This Science Fiction Book From Amazon.

I started out writing screenplays because I loved the way movies could take you out of your own life for a little while and show you a different world. After my creations sat on a shelf for a few years just collecting dust, I decided to turn a few of them into novels that I could share with the world. Most of my books have a scifi element of some kind, I have my father to thank for that. He introduced me to Star Trek at a very young age and I was hooked.