You are here: Home / Action & Adventure / The Aboriginal Cameleer by Gordon Smith 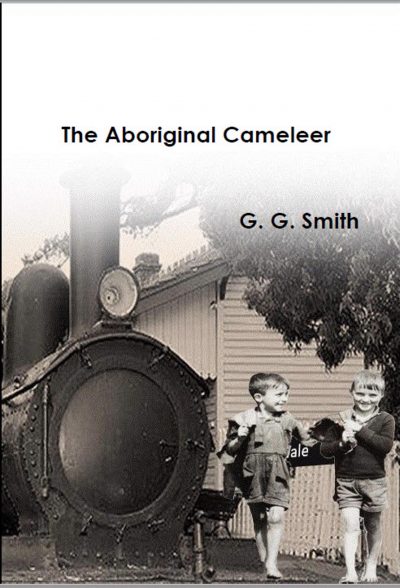 Author Bio:
After retirement, I took an interest in researching his family. This research helped me discover links back to the 1400s and even a distant link to the Royal family of the United Kingdom. Also, during this research, I discovered I had relatives who fought in the Great War. Though I was familiar with my relatives in the 2nd World War, I knew nothing about the men in my family who had fought in the Great War.
This research and discovery gave me knowledge and ideas which brought about the writing of my first book “A family that went to war”. After publishing my first book, other books sprang up easily. His second book was “An Australian story” – the saga of an Australian family over two centuries. In this book, I wrote about Australia early settlement and the events that made Australia and the makings of a family. Amazingly, this book sat on the Amazon best-selling list for the Kindle history of Australia and Oceania for about 10 days, giving me further inspiration as I wrote my third book within a calendar year. This third book “The Ministry Communications Unit” is pure fiction based on a fictitious movie company set up by the Government during World War 2. I based a lot of this story around the locations that surround Caloundra.
I next took on a fictional novel “Lady Ruth Bromfield” an inspirational biography about a Jewish girl, raised by an English, Church of England priest and her progress to becoming an inspirational leading industrialist.
I then wrote “Men with a Mission,” an eye-opening account of events in Vietnam, Cambodia and Laos during the 1969’s and 1970s. The main players in this story are a Christian, A Jew and a Muslim who were brought together by an astute Australian Officer and made them into a significant group of investigators.
I then wrote “The Sensual Retiree” a romance story about a woman whose husband dies shortly after he retires. The story follows her life transitioning into a widow who moves into a retirement village. She makes new friends and discovers that it is possible for a widow in her sixties and seventies to be able to enjoy the company of male suitors.
My next book “The Aboriginal Cameleer” is a completely different approach and is liked by all ages