You are here: Home / Action & Adventure / Tempolution: The Modern Frankenstein by LeiHannah Aubree 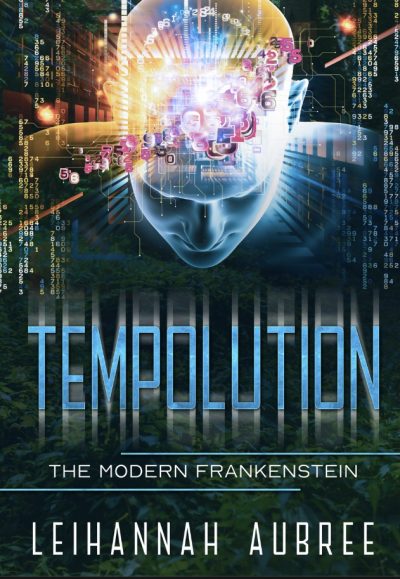 A lone hiker isolated on the trail, encounters a blinking light in the forest. His curiosity overtakes him. He leaves the trail to investigate the blinking light and encounters a trail of dead soldiers in the woods whose deaths cannot be explained. They appear to have fallen dead where they stood. The trail of dead bodies leads him to a seemingly deserted military bunker where he learns that the military has been conducting a project in artificial intelligence in secret. As he enters further into the compound, he comes to realize that he is not alone and that there is something lurking in the isolation of the bunker.

Meanwhile, a sole surviving inmate finds himself trapped in his cell post-apocalypse. He discovers that he also may not be alone as he begins searching for a means to escape his confinement. There is a presence haunting the prison block. It is unclear of this entity’s intent. Can he escape his confinement before death comes calling for him as well?

From the apocalypse surges a new evolution of the world and emerges a modern-day cyber-Frankenstein. The surviving humans resist the threat of human extinction in this post-apocalyptic world as they seek assistance from an unlikely ally.