You are here: Home / Books To Read / Super 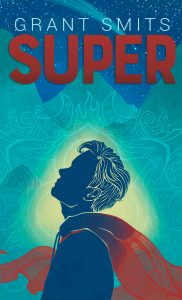 Homework, detention, and saving the world. For the brother of a Super, high school is anything but ordinary.

James Bolt is used to being saved. But when the Supers, and his brother, disappear without a trace, the powerless teenager must jump into action and be the hero he’s always wanted to be. As he searches for the secret of the Supers’ disappearance, James finds himself on a globetrotting adventure, chasing mysterious clues and ancient myths.

Author Bio:
Grant Smits is an author who currently resides in Madison, Wisconsin. His debut novel, Super, is the first installment of a young adult series about the brother of a superhero. When he’s not writing, he spends his time boxing, listening to music, and going to bed early.