You are here: Home / Books To Read / Shem’s Quest, Shem 0′ the West by Bill Eckel 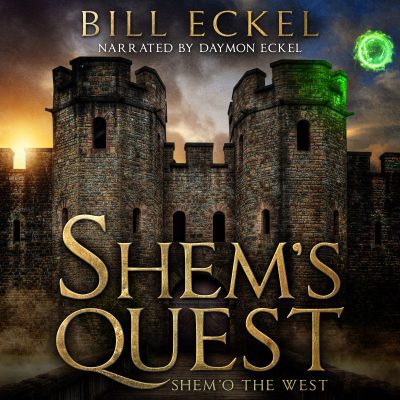 First in a series of four. Kidnapped as a child and bonded to the Sun Father of the West, Shem seeks redemption. While drowning his lost love in ale and wine, he pledges to the new Central Lands goddess, Tierra who accepts him as her Hero. To save himself and the Central Lands, Shem must raise the Hjerte, the heartstone, before the western goddess, Mieze, achieves her Ascendency and the power to prevent Tierra’s awakening.

Distrusted as a lush, the Hero is anchored by a quirky pixie-sized creation with an ego larger than Shem and a priestess acolyte for the new goddess, Tierra. The trio is chased across the war-torn Central Lands by Shem’s brother Ham, who hates as only a brother can. In the climatic finish, Shem’s faces his brother and the two bonds. Which will prove the stronger?

Bill Eckel has been writing novels since 2014. He has completed four and has two more in progress. He loves Nascar and screaming irately at driver’s that hinder his progress. There’s a connection in there somewhere. Uh, don’t tell him I told you that. I’d tell you more, but the statute of limitations has yet to expire.