You are here: Home / Books To Read / Shadow of Wolves: A Kit Barker Novel by J.R. White 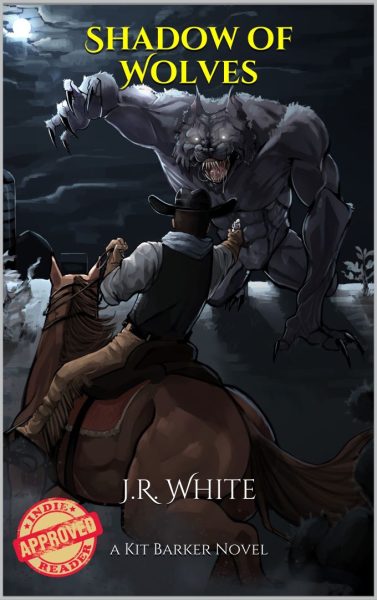 Shadow of Wolves: A Kit Barker Novel by J.R. White

A Tortured Gunfighter, A Navajo Outcast, and the Creature whose claws will paint the desert with blood. Flush with raw silver and ruled by a baron with an iron fist, the tiny mining outpost of Shank’s Point is under siege by a sinister evil. When the rising sun reveals the claw-torn bodies littered among the rocks, John Swift-Runner calls on his old friend, a vagabond gunfighter, to stand with him against the slaughter he knows will come. But as their band of misfits hunts for the creature on the burning sands of the Mojave, they stumble into a generations old mystery that goes beyond shamanic curses and into the bloodstained pages of legend. Can the killing be stopped? And can a tortured gunman like Kit Barker – with a terrible secret of his own – prevail against the immortal Beast?
Price Reduced to $1.99 2/15/22-2/22/22 on Amazon, FREE on Kindle Unlimited.
Available on audio from Audible.

Get This Horror Book From Amazon.

Storyteller J.R. White is an itinerant jack-of-all-trades. he has worked as a research scientist, crossed the Artic Circle as a merchant sailor, fought professionally in mixed martial arts and taught hand-to-hand combat as a military contractor. When not working on his next book, he can be found wandering in the woods with his daughters, both of whom share his enthusiasm for mischief. A father, adventurer, and military spouse, White and his family have lived in eight states from coast to coast in their nomadic journey across America.