You are here: Home / Books To Read / Red Rover 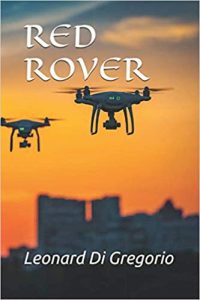 Holly Flynn’s brother Jeff is involved in a boating accident on Long Island Sound. Holly receives word that her brother is in critical condition and she must return home from college to Port Jefferson, New York. There she finds that the police have accused Jeff of negligent homicide in the death of Jeff’s friend Stephan.
In this nail-biting political thriller, it takes a stranger’s help to clear Jeff and discover a terrorist plot against New York City.

Leonard Di Gregorio found more to retirement than golf when he wrote a novella in 2018. In that story, four friends became millionaires when they discovered a sunken treasure ship off the coast of Florida. His following three books, the “Red Series,” feature the newly rich friends who become embroiled in exciting and dangerous mysteries. One character recruits Moshe Kaplan, a retired Mossad assassin, to help. Moshe is such a compelling character; Di Gregorio completed two novels that feature his heroic exploits in cliffhanger adventures.
Di Gregorio has traveled worldwide in his 45 years in the international airline industry, and his global settings are vivid. A fan of “beach reads,” the author excels at the genre by providing more than exciting plots. A love story evolves over several of his novels. The beach chair traveler takes magic carpet rides from Coastal Carolina to the Caribbean, Israel, Norway, and more.
The author sticks to his goal of publishing a novel every six months, so the reader does not need a passport to wonder, “Where are we going next?”