You are here: Home / Books To Read / Pure: New World Magic Book One by Kim Alexander 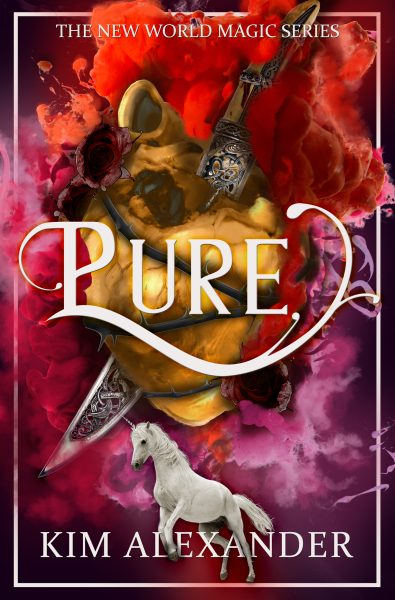 ‘A unicorn walks into a bar….’
That is not a joke.
Look, I’m a bartender, I have nothing to do with the xenos. I don’t care if it’s an elf or a vampire–as long as they don’t bother me, I steer clear. I have my reasons–you can see them in the scars on my neck.
I never wanted to get involved. But my life changed for the second time when I saved the life of a unicorn. I made an enemy of something old–old and evil, and whatever it was, it’ll be back for another try. I also made a friend when I decided to help March. He’s only been a human man for a day. I’m responsible for him now. He’s my friend…and maybe something more. Maybe a lot more.
It doesn’t matter to me that he isn’t magical anymore. I don’t care if he’s not PURE.
But he does.
From best-selling author Kim Alexander, a modern fairy tale of magic, love, and redemption, on sale for just .99 from September 19-24th 2022.

Kim Alexander grew up in the wilds of Long Island, NY and slowly drifted south until she reached Key West. After spending ten years working as a disc jockey in the Keys, she moved to Washington DC, where she reported the traffic and spun the Oldies. After a career upgrade, she became the co-programmer of Sirius XM Book Radio, which gave her the opportunity to interview some of her writing heroes, including Anne Rice, George RR Martin, Neil Gaiman, Stephen King and Margaret Atwood, among many hundreds of others. She began writing when she ran out of authors to interview (and they pulled the plug on her channel.)
She currently lives with two cats, an angry fish, and her extremely patient husband close enough to the National Zoo to hear the lions and the monkeys, at least she hopes that’s what those noises are.