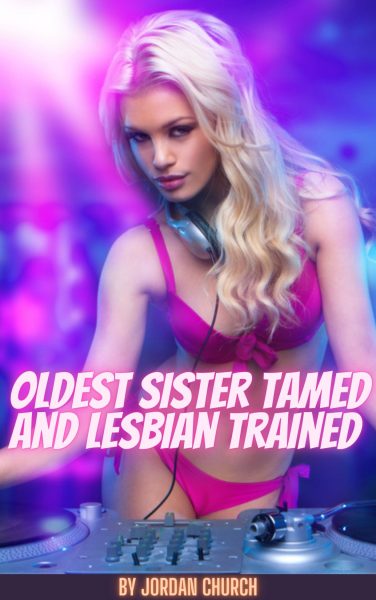 Does Mistress Sadie have a nasty plan to lesbian impregnate one of the Klein sisters? The two older Klein sisters, married Carter and ex-Army Kennedy, are undercover at the Denver lesbian strip club, Juicy’s Big Box, trying to save their youngest sister, Reagan, from lesbian domination. Reagan’s Mistress, Sadie, is all too aware of their plan and undercover herself as the sister’s trainer at the club. This can’t end well for the Klein sisters!
The Klein sisters each have their own challenges to face. While Kennedy is up on stage making a spectacular spectacle of herself, self-pleasing for a crowd of aggressive lesbians, Carter is up in the VIP room getting used and abused by the VIP lesbians.
Reagan’s Mistress has an intensely dark and terrible and shocking plan for Carter. Carter begins to suspect, but will it be too late for her? Can Carter save herself from sexually serving her little sister’s Mistress? Does she want to save herself?

Get This Erotica Book.

Jordan Church’s dedication to the writing craft and his two degrees help him write the highest quality erotica for the intelligent reader.
Jordan loves sharing the inner thoughts and emotions of characters and thinks seeing into their minds is the ultimate voyeurism. Jordan is a big believer in plot and character development and makes the characters “real.”
Sex scenes are detailed and graphic. Jordan wants to give a perfect picture of what is happening, why and how it happens, and exactly how the characters feel physically and emotionally. Jordan’s style of writing makes for an immersive and intense experience for the reader.
Jordan has over seventy books available on Amazon and many of them on Smashwords as well.