You are here: Home / Books To Read / Niergel Chronicles – Last Hope by D. I. Hennessey 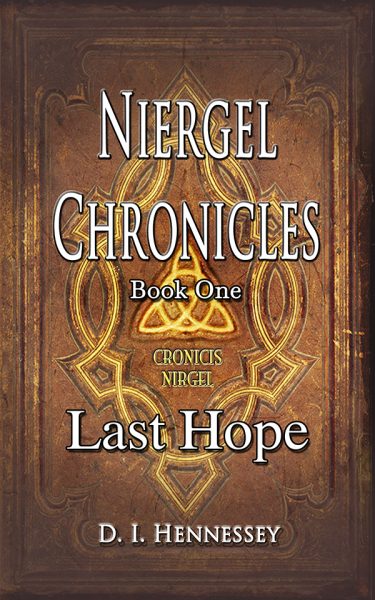 A renowned scientist was orphaned at age eight and has grown to adulthood with no knowledge of his own ancestry. When he is awakened by an unusual visitor with an extremely urgent message it leads to events that topple everything he has believed about reality.

While still coming to terms with the unbelievable truth about his ancestry, he must defend the ancient Niergel (Near–ġ-el – Mysterious Secret) against brutal enemies. He is soon fighting a dangerous underworld Crime Syndicate and a powerful evil faction from his family’s past, along with a horde of disembodied offspring of fallen angels, known as the Eljo, who threaten the entire world.

He finds himself on a fantastic journey, facing dangerous perils and shocking supernatural threats. All while contending with unsettling truths that upend his understanding of science and the world, forcing him to face the reality of a Creator whose existence he has adamantly denied.

Niergel Chronicles – Last Hope is the first installment of the Niergel Chronicles series. It follows the fantastic adventure of Jeff Sutherland as he discovers the astonishing truth about his family history and the earth’s past. While following the evidence all around him, Jeff’s most profound discovery is the one he least expects — the proof of God’s creative hand.

Get This Religion Book.

Dan is an author of Christian fiction who believes in the power of Christ to redeem lives. He has held Associate Pastor, and Christian teaching roles, in addition to a three-decade career in the Publishing, Technology, and Healthcare industries. He holds degrees in Theology/Pastoral Studies and Behavioral Sciences and an MBA in Technology Management. Dan and his wife, Laura are the proud parents of four children and have eight amazing grandchildren.