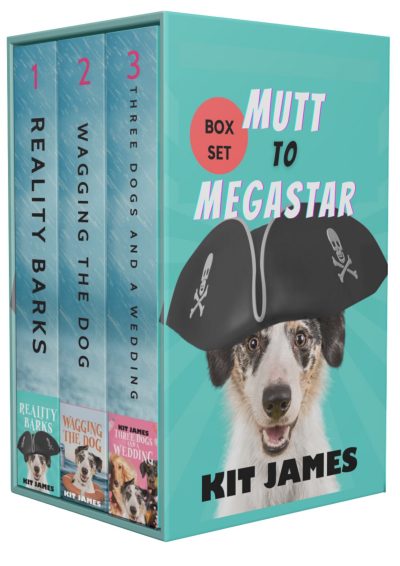 A rescue dog’s funny story
“A dog’s version of life, death and stardom”, Amazon Review.
When a rescue dog is first adopted, he has no idea what awaits him in his new life. Will it be good or bad? That’s all Barney worries about. But sharing his new life between two families, living in two different homes, well that’s an eye-opener. Re-named Elliott, he’s a mutt of a country dog discovering city life in Sydney. But that’s only the start of it, and boy is his life about to change big time when he becomes a celebrity TV animal star. From Kit James, recognised for his humorous canine dialogue, comes a fun compilation of the first three books in the Mutt to Megastar Series.
$0.99 on August 24. It’s a great saving.

Get This Fiction Book.

Kit James was born in the UK. He came to live in Australia with his parents in the 1970’s. He was adopted by a stray dog, and that was that. Dogs have been a big part of his family ever since. He loves them for their honesty, loyalty, and yes, sense of humour.
The dog he’d most like to meet? Chet, Spencer Quinn’s amazing dog-with-attitude!
Kit has worked in advertising, music and writing comedy for TV, all of which he loved. Today, writing is his focus, both as Kit James, and reflecting his comedy crime side, as Jinx James. Next he’s going to add paranormal to his repertoire, but as always, with a quirky sense of humour.