You are here: Home / Books To Read / Memories of the Past by S.L. Sterling 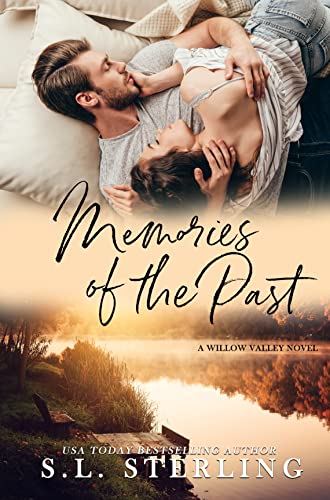 Memories of the Past by S.L. Sterling

Thomas was the love of my life, or he was supposed to be. Instead, he became the guy who broke my heart, crushed my spirit, the last guy I ever dated, and the reason I never wanted to date again.

All this, I decided at seventeen, right after we graduated, which coincided with the day he left. He had his truck packed. We’d talked about running off together, eloping. Instead, Thomas explained he was leaving, joining the rodeo, and I could come if I wanted.

I thought we shared a dream, but it didn’t include running off to join the western equivalent of a circus. Not with him. Not with anyone. I knew better.

So, he left, and I decided to make a life on my own.

I spent the next few months learning all I could about the small bookstore my aunt owned. I gradually took over as she aged, until one morning she woke and announced that she was ready to retire. She had picked a retirement community nearby, she wanted to relax, sleep in and hang out with the old people, like herself.

I’d begun to clean up the place, sorting through boxes of books she’d packed away and began setting them out. I’d let people make me an offer since I was short on space. That was when Thomas appeared. His father had passed, and the community was buzzing with rumors that he had returned to sell the property.

He’d come in looking for a good read or so he claimed. Instead I shoved a book at him and told him to take it. I hoped I’d never see him again, but I was wrong. He returned, with the book, his note told me to read the book and I’d understand. So, I read it, and I understood nothing.

It was Aunt Vi’s diary. She too had never stopped pining for a cowboy who left her behind.

Maybe he thought he was saving me. Perhaps I missed what I was supposed to understand all together. All I knew was that I didn’t want to face him. One look at him told me it would be all to easy to fall into those strong arms again and I knew I still loved him, even if he didn’t love me in return.

S.L. Sterling was born and raised in southern Ontario. She now lives in Northern Ontario Canada and is married to her best friend and soul mate and their two dogs.

An avid reader all her life, S.L. Sterling dreamt of becoming an author. She decided to give writing a try after one of her favorite authors launched a course on how to write your novel. This course gave her the push she needed to put pen to paper and her debut novel “It Was Always You” was born.

When S.L. Sterling isn’t writing or plotting her next novel she can be found curled up with a cup of coffee, blanket and the newest romance novel from one of her favorite authors.

In her spare time, she enjoys camping, hiking, sunny destinations, spending quality time with family and friends and of course reading.