You are here: Home / Adult / Making the Switch by Tara Eldana 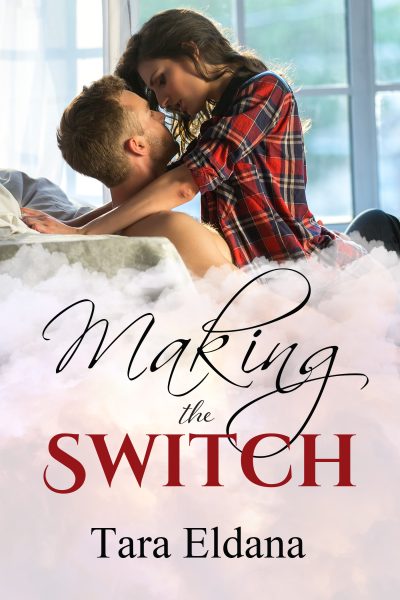 Making the Switch by Tara Eldana

He was left alone, unsure of his future…She always thought she knew her path in life until someone got in the way. CAUTION: Alpha hero, bad-boy romance that’s utterly addictive and outrageously satisfying.

Kristin Meadows loves her nights at KinkLink. The club is her outlet to release her desires and as a domme she anticipates the play — controlling her sub, gaining their trust, their loyalty. She loves it all. So why in the heck is she panting after her best friend’s husband’s brother? Yeah, the guy equaled sex on a stick, but he was no more a sub than she was and two doms don’t play well together.

And to top it all off, the father she never knew she had, turns out to be a thug and suddenly wants to spend quality time with his daughter? Who needs a father figure now?

All Kristin’s trying to figure out is why she can’t get Ryan Boynton out of her head!

Ryan Boynton is struggling with his role. Having been a sub the last years and being pushed to his limits he realized the lie he’d been living all this time. He was happy for his brother, he got the girl — and he wasn’t even missing the sharing they used to play, but he did miss his brother’s wife’s friend, the hot babe he fell for at their wedding. But there’s one problem. Neither of them were subs. Neither of them were true doms. So what the hell were they?

All Ryan knew, is that it’s time to find out — and that there will be a lot more switching going on.

Sometimes finding the love of your life is all about making a switch.

“I love the way this amazing author brings the characters to life before your eyes and makes you feel their emotions ….” ~ 5 stars, Amazon Reviewer

Get This Erotica Book.

I am a recently retired, multi-award-winning staff writer for a weekly community newspaper chain in metro Detroit. I became hooked on romance fiction when my 11th grade English teacher rejected the book report I wrote, saying the book was much too easy for me, and insisted I read and report on Daphne du Maurier’s “Rebecca.”

After some life-changing health issues, and covering over a dozen murder and criminal trials, I decided to write the kind of stories I like to read, stories with happy endings.

I love the romance genre and love letting my characters take control of their stories. I am a member of the Greater Detroit Romance Writers. I write under the pen name of Tara Eldana