You are here: Home / Books To Read / Kindred Transition 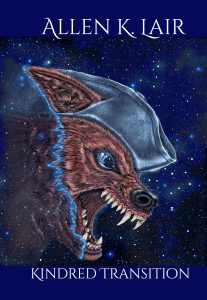 Cedric, Katya, Nelson, Maurice and so many others all assumed that the Tipping Point had solved the problem of keeping out those who would trade freedom and liberty for the pestilence of enforced equality. For a short time, it was a workable solution. What they had not realized is that the same people who had ruined America were still a cancer growing among them. It seemed to be a workable compromise, but the universe has a timeline. Every sentient world arrives at a time known as The Transition. Three quarters into the twenty-first century, Earth has arrived at that time. A Kindred race known as the Sha’Fosswan, the last race to endure their own transition, has been sent to mentor the Kindred of Earth through this tumultuous time, an extreme division of souls. The transition is a time of division and tyranny in the last war of good vs evil, a time of dystopian misery and successful revolutions that every world must endure. It’s Earth’s turn. The Kindred, those chosen to endure the transition with the aid of their mentors, are about to discover the strength of character they never knew they had, and the terrible depths of evil that can devour the human soul.

I live in Northern Virginia, am a private pilot, and enjoy off-the-beaten-path camping, in airplanes whenever possible. These are evident in the novel Kindred Transition, as is my interest in experimental aviation. When Kindred Transition was published, I was in the process of completing a Bede BD-4C experimental high-wing airplane. By day I work in a very technical field.