You are here: Home / Books To Read / Journeys – Out of Body Ventures That Prove God Exists by Michael Mullen 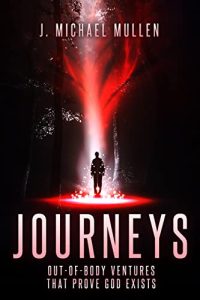 About Journeys – Out of Body Ventures That Prove God Exists by Michael Mullen:

A prophecy book like no other. In this book you will read how the author for the last forty years has been pulled from his body supernaturally to meet God The Father and also Jesus Christ. He has seen Jesus face to face numerous times, he saw the future world war three between the US and Russia from the great white throne room and was commanded to write what he saw. He also came face to face with the devil who threatened and attacked his family for writing his books. In the 1990’s he was visited by an angel who told him the mark of the beast would be a microchip the size of a grain of rice which will taken in the right hand or forehead and will be connected to your bank account. The author warns never to take this mark, worship the beast or his image, as it will lead to eternal hell for however takes it. The greatest trick the devil pulled was to convince the world he does not exist, that he is some kind of cartoon character. But he is real, Jesus is real as is heaven and hell. A fantastic true story which has to be read.

Michael is a Christian Zionist, which means he believes that Jesus is the Christian Son of God, and also the Jewish Messiah. He observes the Jewish Sabbath from Friday Evening until Saturday Evening, and observes the Lord’s Day on Sunday. His experiences began in the late 1970’s and have continued to more recent times.