You are here: Home / Books To Read / Imbalance by E.W. Johnson M.D. 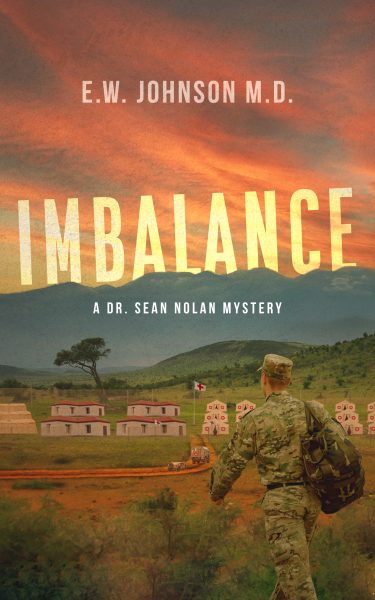 A young reporter has stumbled into the story of a lifetime. Linking three deaths to a designer drug with connections to a privately owned pharmaceutical company, his investigation is suddenly blocked by federal authorities. With no where else to turn, he calls Dr. Sean Nolan for help. Intrigued by the the reporter’s account, the government involvement is a flashing red warning light. Dr. Nolan wishes the young man good luck, but refuses to be drawn into the mystery.
Days later, when the reporter vanishes without a trace, his regret at not helping becomes a growing burden of guilt. Now all he needs to do is track down the reclusive billionaire owner of Geneteer Pharmaceuticals somewhere in Africa. What could possibly go wrong?

Author Bio:
After taking care of a small town in western Washington for over thirty years and writing part-time, a move to the Big Island of Hawaii in 2018 has produced ten novels since arriving in paradise. The challenge of bringing a book to market has been a daunting, sometimes brutal, often frustrating experience, but truly a labor of love. When not engaged in producing the next novel, the author spends most of his time pulling weeds, then pulling them again ten minutes later when they grow back!