You are here: Home / Books To Read / Hippies 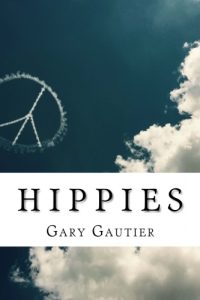 A beautiful naïve idealism. Blasted by the establishment. Torn by its own contradictions. Navigating psychedelics and war protests, sexual freedoms and personal risks, Jazmine, Ziggy, and their friends discover an LSD-spinoff that triggers past life regressions, pulling them toward a dramatic climax. One fateful month in the hearts and minds of an intimate circle of hippies as they pass painfully and joyfully into adulthood at the end of the 1960s counterculture.

Author Bio:
Award-winning writer Gary Gautier has taught writing and literature at flagship state universities and has published books for adults and children. He’s had a novel shortlisted for the William Faulkner-Wisdom Prize, a children’s book featured in the Children’s Book Writers and Illustrators Market, a scholarly book selected for Mellen Press’s Studies in British Literature series, and a screen adaptation of his novel, Mr. Robert’s Bones, was selected to the second round (top 10%) at the Austin Film Festival. Gary has hitchhiked through 16 countries and 35 states, run two marathons, and once, due to a series of misadventures, spent six months as the chef at a French restaurant.