You are here: Home / Books To Read / Hex and Candy by Ashlyn Kane 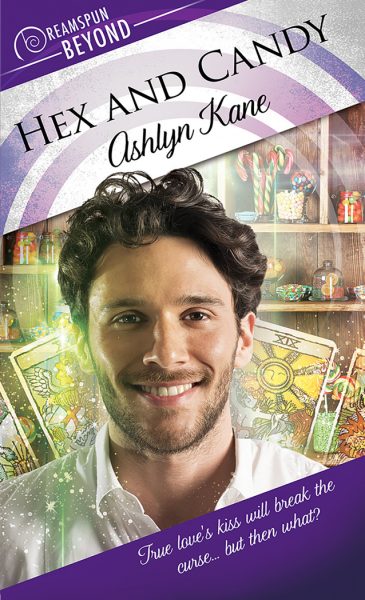 Hex and Candy by Ashlyn Kane

True love’s kiss can break the curse. But then what?

Cole Alpin runs a small-town candy store. He visits his grandmother twice a week. And sometimes he breaks curses.

Leo Ericson’s curse is obvious right away, spiderwebbing across his very nice body. Though something about it worries Cole, he agrees to help—with little idea of what he’s getting into.

Leo is a serial monogamist, but his vampire ex has taken dating off the table with his nasty spell, and Leo needs Cole’s companionship as much as his help. When the hex proves to be only the beginning of his problems, Leo seeks refuge at Cole’s place. Too bad magic prevents him from finding refuge in Cole’s arms.

Cole’s never had a boyfriend, so how can he recognize true love? And there’s still the matter of the one responsible for their troubles in the first place….

Ashlyn Kane likes to think she can do it all, but her follow-through often proves her undoing. Her house is as full of half-finished projects as her writing folder. With the help of her ADHD meds, she gets by.

An early reader and talker, Ashlyn has always had a flair for language and storytelling. As an eight-year-old, she attended her first writers’ workshop. As a teenager, she won an amateur poetry competition. As an adult, she received a starred review in Publishers Weekly for her novel Fake Dating the Prince. There were quite a few years in the middle there, but who’s counting?

Her hobbies include DIY home décor, container gardening (no pulling weeds), music, and spending time with her enormous chocolate lapdog. She is the fortunate wife of a wonderful man, the daughter of two sets of great parents, and the proud older sister/sister-in-law of the world’s biggest nerds.