You are here: Home / Books To Read / Helm ll – The Adventure Continues 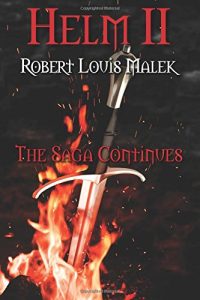 About Helm ll – The Adventure Continues:

Mankind has destroyed his dominion of the planet by virture of catastrophic wars followed by Nature’s violent and unforgiving reprisals. Now millenia later, the last of the known Human lands, Helm, must again face new terrors of the Darkside and once more allies with the Elves who have come out of hiding from within their forest realms and the Dwarves who have kept secluded in their subteranean mountain realms.

The author was born and raised in Chicago then moved to Wisconsin’s Northwoods when young and became captivated with the woodlands, lakes and rivers. Also with the nearby hill country of the U.P (Upper Peninsula) of Michigan with its extinct (hopefully) volcano Porcupine Mountain, and of course magnificent Lake Superior. He lived on his family’s northern Wisconsin resort until he attended and graduated with a Bachelor’s Degree in the Pharmaceutical Sciences from the University of Wisconsin, Madison. He was active on campus trying to improve student housing issues. He enjoys writing, especially Epic Fantasy. Now retired from being a Registered Pharmacist, but is still living in the Northwoods of Wisconsin with his wife Joanie (who he often suspects is part Elf). Now retired, he has more time for the outdoors, including a family orchard, and full-time writing. Aspires to encourage more people to lose themselves in tales of adventure and fantasy. Please visit robertlmalek.com and escape into a fantasy.