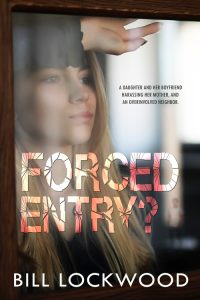 Henrietta, a twenty-three year old has moved in with her old actress mother on the coast of California. The daughter is in hopes she will inherit her mother’s fortune. To hurry that along she enlists a young man she has met at a party. She has him leave strange verses that hint at the dark arts. The guy is more interested in Henrietta going north with him where he has a new job waiting. The old actress calls on her helpful neighbor, Max, to help solve the puzzling events. As the pursuit heats up Max enlists the help of his girlfriend, her teen age daughter, his grandfather, the grandfather’s friend, and even a coven of witches from next door.

Now a retired State social worker for both the States of Maryland and Vermont. By night He has always been active in community theater and writing. He moved to Southern Vermont in 1992 and became active in the Bellows Falls community. He was the Greater Falls Regional Chamber of Commerce Person of the Year in 2006 in recognition of his work as Chairman of the Bellows Falls Opera House Restoration Committee. He wrote articles covering the arts and interesting people in the Bellows Falls (VT) Town Crier from 1998 through 2006. He also wrote articles for other publications including Vermont tourist magazines. Currently He freelances with the weekly “The Shopper/Vermont Journal” and daily “Eagle Times”. He has had five historical fiction novels published by The Wild Rose Press, “Buried Gold” 2016, “Megan of the Mists” 2017, “Ms. Anna” 2018, “The Monsignor’s Agents” 2020, “Gare de Lyon” 2021, and “Forced Entry?”2022. His short story “The Kids Won’t Leave” appeared in the Fall 2020 issue of “Two Hawks Quarterly”, and “Pizza, Pizza” appeared in “The Raven’s Perch” April 28, 2021