You are here: Home / Books To Read / Fenian’s Trace by Sean P. Mahoney 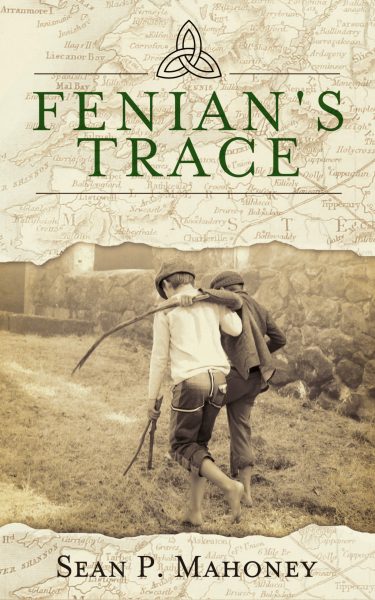 A great story for getting into the mood for St. Patrick’s Day! (Audiobook narrated by Irish actor Liam Carney available on Audible / paperback or ebook on Amazon) FENIAN’S TRACE is the story of two young men raised as brothers in the west of Ireland during the early 1900s. Though they choose different paths when the rebellion comes, they both take a fancy to the spirited and alluring Maria upon her homecoming from America. It’s told by a gruff old Limerick publican named Mr. Clancy, who refuses to let his gentle inebriation or any distractful facts trouble his tale. It’s a story of secrets and sacrifice, fathers and sons, loyalty and love.

Although this is his debut novel, Sean has won multiple Best Screenplay awards, including a Nicholl Fellowship in Screenwriting for the story of FENIAN’S TRACE, given by the Academy of Arts and Sciences. From Albany, N.Y., he now lives in Sonoma, California.