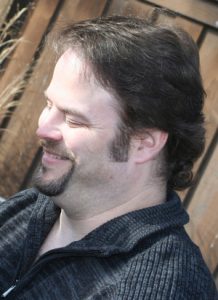 Tell us a little about yourself. Where were you raised? Where do you live now?
I’m a Utahn. I was born in Salt Lake City and raised in West Jordan. I graduated at the top of my class from West Jordan High School, and served as editor-in-chief of the high school newspaper and twice as editor of the school literary/art magazine. After, I attended Westminster College of Salt Lake City, where I earned an Honors Program bachelor of arts degree, double majoring in communication (with a journalism emphasis) and philosophy (Western traditions emphasis). I graduated cum laude and served as editor of the college newspaper. After, I earned a master of professional communication (writing emphasis), also at Westminster. I was also an athlete. I played just about every sport you can imagine, but wrestled for 12 years and qualified for international competition in Greco-Roman wrestling.

At what age did you realize your fascination with books? When did you start writing?
For as long as I can remember, I’ve been a writing and telling stories. Before I learned how to write, I would draw pictures of space ships, then act out the battles, drawing in the laser blasts and explosions after erasing parts of the ships that were blown away by enemies. I’ve blown up the U.S.S. Enterprise 10,000 times. After learning to write, I had his first poem published at the age of 9 and was first hired to write professionally at 15. I originally wanted to be a cartoonist and start my own line of comic books. That was my dream until I wrote my first book, when I was 12.

Who are your favorite authors to read? What is your favorite genre to read. Who Inspires you in your writings?
I love science fiction and fantasy. My influences include Homer, J.R.R. Tolkien, Terry Brooks, Stephen R. Donaldson, George R.R. Martin, Robert Jordan, David Eddings, Piers Anthony, Robert Holdstock, Robert Adams, John Norman, Melanie Rawn, Shakespeare, Aristotle and Robert Frost. The most inspirational writers would be Homer, Tolken, Martin and Artistotle.

Tell us a little about your latest book?
Crown Prince is the first of an eight-book series called New Blood. The main character is Natharr, who is a great warrior and adviser to kings, due to his own intelligence, as well as because he has Sight. He can see into the future, as well as the past. He is also the Guardian of Maarihk, a post that has existed since the Olde Gods walked. Natharr is tasked with protecting the future, continuing the work of his father to continue the line of the kings of Maarihk, the place where the Firstborn were created.

It took a couple years to write and edit the first book, but the other seven are already close to being ready for release.

The kernel of the idea for Natharr came to me years ago. When I was an undergrad studying philosophy, I was fascinated by Socrates, who would go into a trance-like state, then emerge with new answers to questions. He called it being seized by the Daemon of Philosophy. Natharr has something similar in his makeup.