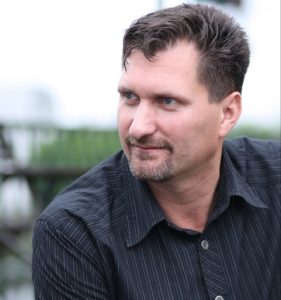 Tell us a little about yourself. Where were you raised? Where do you live now?
Vince’s Testimony

Vince Baker was born in Southern California and raised on 17 acres just north of Sacramento. As a child, Vince was raised as a Southern Baptist. Vince was always drawn to the Lord and even said he wanted to be a preacher at a young age.

Vince’s life was somewhat uneventful until one day he encountered God while driving in his car at the age of 17. God manifested Himself to Vince in such a powerful way that his life would never be the same. After this experience, Vince dedicated his life to the Lord and became a Christian. In that same month, Vince received a book from his Christian Grandma called” The Secret of His Power.” This book was about a famous miracle-working evangelist named Smith Wigglesworth. God used his testimony to prepare Vince for ministry. God also used the testimony of Smith to talk to him about things He wanted to do through him in his later years.

Vince decided to go to a Christian High School his senior year. He met a seasoned evangelist at this high school, who took different churches to feed the poor and evangelize. Vince found out he lived near the evangelist and started traveling with him. During this time, Vince became his right-hand man and saw many amazing miracles on the streets through this ministry. This ministry was called to train the church on how to evangelize with power. Vince was able to travel up and down the west coast ministering to the homeless and helpless while equipping the church. Vince has a big heart when it comes to the poor, homeless, and hurting people.

After Bible College, Vince started ministering to kids at a Christian school, taught Sunday School, and functioned in the local church. Vince later moved into full-time ministry and was an assistant pastor at a local church for five years during the mid-’90s.

God also revealed to Vince a prophetic way to study the Bible from this experience. Vince went on to spend years in the Word of God, with the Holy Spirit studying different subjects of the Bible. At the leading of the Holy Spirit, Vince researched every place a word or phrase was found, from the Old and New Testaments. Vince has currently done hundreds of these studies, some of which took months to complete. The revelations that came out of these studies were life-changing. Vince wrote all these teachings and revelations down, which make up a lot of the truths he writes about in his books and messages. When you study a subject everywhere it is found in the Bible you can understand the full counsel of God on the subject. Vince also received many dreams and visitations from God during this time.

Vince has a unique calling where he can preach, teach, prophecy, move in the gifts of the Spirit, bring healing, and perform miracles by the power of the Holy Spirit. Vince is called to help the body of Christ come into their destiny and High Calling.

Currently, Vince resides in Northern California with his wife and their two dogs enjoying the blessings of God.

At what age did you realize your fascination with books? When did you start writing?
I wrote my first book in 2016. And then I wrote two books at the same time that I just released. The Prophetic War of Words and Supernatural Security Clearances

Who are your favorite authors to read? What is your favorite genre to read. Who Inspires you in your writings?
I love reading the Bible.

Tell us a little about your latest book?
SINCE THE BEGINNING OF CREATION, there has been a Prophetic War of Words that will continue until the battle of Armageddon. This war is about God’s words against the devil’s words. All of humanity is caught in the middle of this war. In the last days, God has destined His church to relearn ancient secrets revealed to Old Testament prophets, historical men of God, and the closest of Jesus’ disciples in Winning The War Of Words. This book is a Prophetic Warfare Manual for every believer who wants to learn the secrets of gaining the upper hand when fighting the good fight of faith.

DISCOVER ANSWERS TO THESE QUESTIONS:
• When did the war of words start?
• How do you speak to a mountain and make it move?
• What are the 16 Laws of Faith?
• How do you get all of your words to come to pass?
• What is the lost art of rebuking?
• What words did David use to defeat Goliath?
• Why did Jezebel have to send a messenger to Elijah?
• Why does the antichrist speak blasphemies against God?
• How will Jesus defeat the antichrist and false prophet?