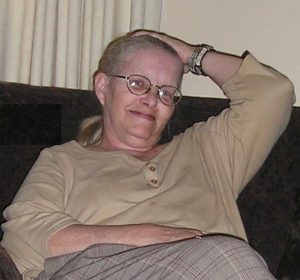 Tell us a little about yourself. Where were you raised? Where do you live now?
I’m Diane Hildebrandt. Trana Mathews is my pen name. I grew up in Northwest Indiana and graduated from IUN when I was age fifty. When I retired, I moved 1800 miles away and settled in beautiful southeast Arizona. When my children were growing up, we had 2 dogs and 3 cats. Now I have only 1 cat, named “Machiatto”, who agreed to adopt me.

At what age did you realize your fascination with books? When did you start writing?
I began reading in the fifth grade when I became hooked on the Nancy Drew mysteries. For many years, I suppressed the urge to write. Who wants to get up at 1 or 2 in the morning when they must catch the early train for work? Not me! I started writing after I retired when I took the NaNoWriMo 50,000 word challenge in November 2016.

Who are your favorite authors to read? What is your favorite genre to read. Who Inspires you in your writings?
My choice of genres has changed over the decades. I enjoy reading fantasy, historical fiction, horror, and sci-fi. I don’t read romance novels. The bigger the book, the better because I like something I can sink my teeth into! Small books are just a light snack. Give me a good series, and I’m in heaven 😉

I’ve been inspired by many authors. Those I named above plus hundreds of others.

Tell us a little about your latest book?
I began researching in October 2016 then writing in November 2016. “The Mathews Family: Mathews Family Saga Book 1” is a coming-of-age story as much as historical fiction. Dr. Increase Mathews told his children and grandchildren that his first memory was of the ringing bells of 1776, and this is where my novel begins. Many of Increase’s male relatives join the Continental Army while he grows up at home on the farm. When the Revolutionary War ends, central Massachusetts experiences turbulence during Shays’s Rebellion and a battle occurs in their small town. His brother, sister and her husband, and their uncle are among the first settlers to the Northwest Territory in 1788. I’ve included transcripts of actual letters written between relatives thanks to the Special Collections Department at Marietta College.