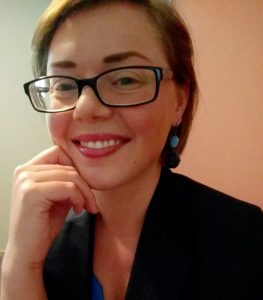 Tell us a little about yourself. Where were you raised? Where do you live now?
I was born in Kansas and lived in there on 15 acres. I grew up in the country until we moved to the Arbuckle Mountains of Oklahoma at the age of 12, going from have zero neighbors to having a whopping total of two neighbors. Oklahoma was a bitter sweet place for me. I loved the nearby town of Davis and to me it was a big city. In reality it only had one red light. Here is where the magical world of Tompkin’s School came to life to me. Although, back then it was an entirely different story.

When I was seventeen I graduated from high school and went out on my own to explore this vast world. I flew across the ocean and began my college career studying business at a university in Mayaguez, Puerto Rico. I could even see the ocean from my dorm room window! This was quite the adventure for me and I could definitely say I wasn’t in Kansas anymore. I studied in Puerto Rico for two years before transferring to the University of Texas at Arlington in order to start their new bachelors degree in Linguistics (I found that Business just wasn’t for me and fell in love with Linguistics while in PR). Linguistics is the study of language patterns, how it’s formed, developed, and how it lives around us. If I could go back and do it all over again I would always take Linguistics. It was challenging, but it made me appreciate the written word even more.

I live in the DFW area of Texas now, writing code for websites and writing stories. I have a handsome husband and a friendly Rhodesian Ridgeback/German Shepherd pup named Dexter. In my spare time I enjoy working out and practicing my German.

At what age did you realize your fascination with books? When did you start writing?
I fell in love with reading in middle school. I started consuming anything and everything, although my favorite stories were fantasy or anything with a paranormal element. I began writing around the same time, although at first it was just movie scripts. Then when I was ten years old I came up with a story I called Tompkin’s School: For The Extraordinarily Talented. It was a totally different story from what it is today, written from a kid’s perspective, but I had written a couple of chapters and I was so proud of it. My dad new an author at work so he had him read my book and the news I got back was that it was basically awful. I was devastated and gave up on writing.

It was in college that this writing creativity snuck up on me again after having these dreams of twins and how they transitioned on the full moon into these beings with powers and wings. I decided to write it all down in a journal. I had no intention of this being a novel, but the more I wrote about these twins the more I became obsessed with their story I knew I just had to publish their story. This story didn’t have a title for awhile, until I remembered the one I came up with as a kid and decided to call this story Tompkin’s School: For The Extraordinarily Talented as a constant reminder to me to never stop following my dream, no matter what and to never give up.

Tompkin’s School is a trilogy, but you can read each book as a stand alone. My second book Tompkin’s School: For The Dearly Departed was just released in August, 2017.

Who are your favorite authors to read? What is your favorite genre to read. Who Inspires you in your writings?
Romance is a guilty pleasure of mine, particularly ones about vampires! I don’t write in this genre, but I do love reading it. I’m not a huge Science Fiction fan, but an author who blends Fantasy, Science Fiction, and Romance perfectly is Ame Terra in her book Earth No. 105. I loved this story! A few other recent reads I fell in love with are Sweet Vengeance by Aliya DelRae and Healing Danger by Maddie Wade. I know I write Dark Fantasy, but I try not to read too many of the same genre while I’m writing in that genre in order to avoid those stories to sneak into my writing.

As for an author who has inspired me? Robert Ludlum has definitely played a significant role in my writing process. How every street in the Bourne trilogy is a real place you can go and see today, that’s something I loved about his writing. It’s not fantasy, but the writing is just so good. I decided to place Tompkin’s School in that little town of Davis, Oklahoma that I went to high school at so that I could give these fantasy stories a sense of realism that Robert Ludlum weaved into his own stories.

Tell us a little about your latest book?
My latest book titled Tompkin’s School: For The Dearly Departed follows the twins Izara and brother Kain through their Junior year of high school at Tompkin’s Academy. In this book you get to know Kain a little bit more and watch how his powers progress and threaten to take over. A newcomer named Choyce, who’s over a hundred years old, has arrived who transitions on the full moon just like Izara and Kain. The twins have to figure out whether to trust him or not. The Academy’s army (who call themselves the Night-Walkers) are getting closer to figuring out that the twins have powers and that means bad news for the twins. While the twins are figuring out how to control their new powers and who to trust, something is coming. Something stronger than they have ever faced before. Will they be able to choose between light and the darkness?

Excerpt:
“I shivered at the sight of the wolf-man killing one of the intruders that night they had chained Bart to the ground.
“Destiny of beings is about to come to fruition,” the voice of the being’s human companion rang in my ear.
The scene turned to liquid and then I saw Izzy standing in front of me.
“You know his face,” a voice that didn’t belong to my sister bellowed from within her.
I will return….I will return to my children.
My whole body writhed in pain as the voice filled my head.”