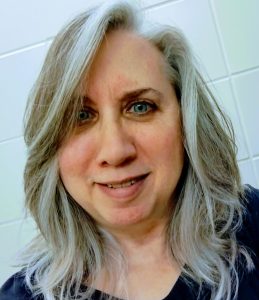 Tell us a little about yourself. Where were you raised? Where do you live now?
I grew up and still live in Connecticut, with my adrenaline junkie husband and our mini dacnshund, Lottie. We have three adult daughters and lately, we are very much enjoying grandparenthood.

At what age did you realize your fascination with books? When did you start writing?
I have always been an avid reader, thanks to the bookmobile that frequently visited our neighborhood. I have a vivid memory of reading Charlotte’s Web under the shade of the maple tree in our backyard. I started writing in my teens when I would watch soap operas, then write different story lines and dialogue for the characters. My kids like to say I wrote fanfiction before it was a thing!

Who are your favorite authors to read? What is your favorite genre to read. Who Inspires you in your writings?
Romance is my favorite genre. Contemporary, historical, regency, you name it, but I also enjoy historical fiction and literary fiction. I recently read The Midnight Library by Matt Haig, and loved it. I get inspired by Diana Gabaldon, Jill Shalvis, and Susan Elizabeth Phillips.

Tell us a little about your latest book?
Princess Charming is the story of Aurora ‘Rory’ Maguire, an American baker, who falls in love with Hugh du Clair, the spare to the heir of the throne of a small European country. But when Hugh’s older brother marries in an Elvis chapel in Vegas, without the king’s permission, Hugh is suddenly destined to be king – a position he never wanted.

Rory leaves her family and dreams in Massachusetts to be with Hugh in his country, and soon realizes being a future princess leaves a lot to be desired. Not only does she blur the line between royalty and commoner, she discovers her future father-in-law, the king, will stop at nothing to ruin their happily ever after.

This story began more than ten years ago with a tiny nugget of an idea, after pictures of a real life prince hit the tabloids showing his public antics. It’s had many versions, but I truly believe this is the best one!

An recent beta reader commented that it’s everything you would want in a modern day fairy tale… castles, balls and dancing, while also telling the royal side of things. With a royal wedding to boot!