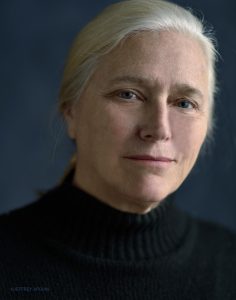 Tell us a little about yourself. Where were you raised? Where do you live now?
I’m a BRAT, an acronym that stands for British Regiment Attached Transfer, an identity that dependents of military families proudly use to identify themselves with. We are a nomadic tribe resulting from a life of moving across the globe and country every two years. To say where I was raised is to say ‘everywhere.’ When I was six months old I went to England for three years and the moving around didn’t stop until my father, the Colonel, retired from military service in 1964. Vietnam was our most memorable posting from 1960-1962 and it was there that I had a zoo of sorts. The Vietnamese officers brought rabbits, roosters, an elephant, a blue-belly monkey, a stork, cats, and dogs as gifts. I couldn’t have been happier. After all this travel and more when I was on my own, I finally settled down, as best a BRAT can, in Lambertville, New Jersey. It is in this small river town, situated along the Delaware River, I have finally found home.

At what age did you realize your fascination with books? When did you start writing?
I became fascinated with books when I was ten-years-old and we were stationed in Saigon, Vietnam. There was no television and books were what I gravitated to for entertainment and knowledge. I will say that I would read almost anything in those days; sports books, biographies, horse stories, mysteries, it really didn’t matter. I just loved to read. I didn’t start writing until I was in college, preferring to paint the images of the stories I had in my mind. Today, I do both, write and paint.

Who are your favorite authors to read? What is your favorite genre to read. Who Inspires you in your writings?
I remember the day I wanted to find something to read and I was working in a small drug store in the town my parents finally landed after the military life was over. Above the store was a bookstore and I was asked to work there one evening as the employee who was normally scheduled was ill. As I wandered around I looked at the titles and the covers, selecting two that stood out to me for both: The Sound and the Fury by William Faulkner and Tolstoy’s War and Peace. I was hooked and to this day I think William Faulkner is one of my favorite authors.

Tell us a little about your latest book?
When my father was in his eighties, he slid a document across the kitchen table to me that he had been carrying with him for many years and told me it was time. I asked him what it was time for and he asked me if I remembered our stay in Vietnam in the early 60s. I did. He then told me that what he was giving me was an expose on the Diem regime, supported by the United States, written by his Vietnamese counterpart, exposing the corruption and the anti-American sentiment of that regime. He asked me to write a book. When I asked why now so many years later, his response was ‘that in not understanding history we were destined to repeat it and were doing so in the Middle East.’ When I asked him if he wanted an accurate documentary, he said no. He wanted a compelling story written because American’s don’t like to talk about Vietnam. So, under orders from the Colonel, I wrote me memoir. I describe “The Ignorance of Bliss: An American Kid in Saigon” as “To Kill a Mockingbird” meets “The Great Santini” with “A Year of Living Dangerously” thrown in.