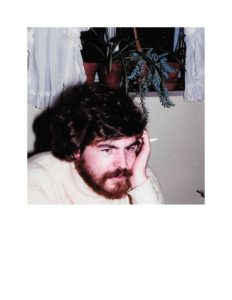 Tell us a little about yourself. Where were you raised? Where do you live now?
I was born in Cleveland, Ohio, U.S., but I grew up around Charleston, West Virginia. Let me elaborate a little because your question ties directly into the plot and character development of my debut novel, Rarity from the Hollow.

Shortly after I was born, my father graduated from television repair school in Cleveland. My family returned home to West Virginia. Even though I didn’t remember living in Cleveland, during my childhood I would brag to my peers that I’d been out-of-state since I was born in Ohio. It boosted my social status because very few of my peers had been anyplace other than their own ghettoes.

Similar to the protagonist’s father in my novel, my own father had PTSD caused by World War II traumas that he treated with alcohol. Before I started elementary school, he had become so dysfunctional that my mother would run him off. He would return when sober, “fall off the wagon” and my mother would run him off again, and again. Since we couldn’t pay the rent regularly, we moved frequently — shacks and dilapidated houses in one impoverished neighborhood after another, into and out of the rural hollows outside of our small town. Typically, I would change schools three or four times a year. Everyplace that we moved, I would brag to my peers that I’d been out-of-state, and they were impressed.

After my father died in a house fire, my family moved into a housing project when I was fourteen. At sixteen, I no longer needed to lie about having been out-of-state because I’d gotten my driver’s license and it was true. I moved out of the Project my second year of college, got married, graduated from West Virginia State College, and was awarded a Masters of Social Work degree by West Virginia University in 1977. I have been employed in this state for over fifty-two years, more than forty of which were in roles related to child advocacy. Today, we own a small house in a low-income neighborhood on the West Side of Charleston, West Virginia.

The theme, “out-of-state” was incorporated into Rarity from the Hollow. The protagonist is Lacy Dawn. Her mother, Jenny, begins the story as a down-trodden victim of domestic violence. After an off-planet comical adventure, Jenny doesn’t need to brag anymore about having once gone out-of-state.

“Out-of-state” was also an element of a scene during which Lacy Dawn delivers psychotherapy to classmates at school. In this scene, a boy’s father is unemployed because the coal mine had shut down. The boy is being treated by Lacy Dawn for anxiety related to the family’s intention to move out-of-state so that the father can look for a job in Cleveland.

“Out-of-state” was also used in two scenes involving the android. In the first scene, the android had been assigned by Universal Management to perform a job on another planet. He had to leave Earth, leave Lacy Dawn. At this point in the story, the android was beginning to fall in love and to modify his programming so that he could feel more human-like emotions. In this scene, the android sheds his first tear because he has to leave the Hollow and go “out-of-state” for a new job.

The last scene that mentions “out-of-state” involves the android’s return to the Hollow from the out-of-state job. In this scene, he is introduced to Jenny as Lacy Dawn’s fiancé for when she’s old enough to marry. Following is an excerpt showing, in relevant part, Jenny’s head thoughts at one point in the scene:

It’s unusual for a man to promise to come back home and ever be seen again…They’ve been together for a while and I ain’t seen a mark on her. That’s unusual too. He ain’t got no private parts and that’s another good thing. Hell, if I get in the middle, she’d just run off with him anyway. I’d better play it smart. I don’t want to lose my baby.

A book review of Rarity from the Hollow published by The Missouri Review noted its “out-of-state” theme:

“And just when you think enough is enough, this world is too plain ugly…Lacy Dawn, her mother and her dog take off for a trip to the mall ‘out of state’ with Lacy Dawn’s android friend, now her “fiancé”… In the space of a few lines we go from gritty realism to pure sci-fi/fantasy. It’s quite a trip….”

My wife and I have four rescue cats, and one rescue dog. The cats are in charge of the household, but the dog has not yet realized it — I think Blew has ADHD, so it seems to be going in one dog ear and out the other.

At what age did you realize your fascination with books? When did you start writing?
I was born to be a writer. In the eighth grade I won the school’s short story competition with “God Sent” – a story about a semi truck driver so consumed with theological debate that he lost concentration on the road and caused a terrible accident. That win reinforced my dream to become a rich and famous author. But, I prioritized other responsibilities, such as school and supporting my family, until 2006 when, after having soaked up the pain of traumatized children at work, I would come home still thinking about the kids but stay up late and write fiction. I had become concerned that I was running out of time to pursue my dream of creative writing. So, I pushed myself. For as long as I can remember, I never actually gave up on my dream. But, until I retired from my job as a children’s psychotherapist a couple of months ago, I was just so exhausted that I couldn’t efficiently produce material. I’ve now made a total commitment to writing fiction, subject to revision if I can’t pay my bills and need to get a part-time job.

Who are your favorite authors to read? What is your favorite genre to read. Who Inspires you in your writings?
I’ve always had eclectic tastes in fiction. Mark Twain’s characters inspired me as a child to work hard to support my family. Without that inspiration, I have little doubt that I would have ended up on the “wrong side of the tracks.” Episodes of male incarcerations were an accepted way of life in my family, especially on my mother’s side although my father did his time in prison too. Tom Sawyer gave me an alternative to believe in beyond what seemed like an in and out of jail existence. I probably should have paid a little closer attention, however, because I served some time behind bars too, but it was during the hippie counterculture days so it was cool.

With respect to writing, I’m not sure that you have enough bandwidth for me to make a complete list of inspirations, so here’s a few. Of course, Heinlein’s determination as an aspiring author after having been rejected so many times inspired my own persistence. Also, the way he progressively treated racial and gender issues in his fiction at a time when science fiction was regarded a pulp for kids inspired me to consider incorporating social commentary into my fiction.

Ferlinghetti, the poet of the Beat Generation, showed me how to enjoy my anger about political and societal issues. Similarly, Vonnegut’s anger in Breakfast of Champions helped me stay strong as a children’s advocate and as a writer, and how to continue to have fun experimenting with my writing style outside of commonly accepted structures and formats.

The Lord of the Rings trilogy and the Harry Potter series reinforced my faith in the potential of adolescent morality and the future of the world, which was comforting. Watership Down by R. Adams was such a sweet adventure that some of this element just is a necessary ingredient of even the scariest or saddest story. I want my writing to be as hopeful regardless of barriers. What the point in bumming people out?

The versatility in cross-genre and the use of humour by Bradbury – I have enjoyed everything that he’s written. It taught me that people finish what they read because they are experiencing enjoyment. Recreational reading is not like a homework assignment.

Dean Koontz has been masterful and can give me enjoyable nightmares. I’m one of those people who learned how to enjoy having the crap scared out of me.

Nora Roberts knows how to get me in a romantic mood. Yes, older guys can still at least remember romance and I’m not embarrassed to admit it. Males do read romance novels.

Hitchhikers Guide to the Galaxy by D. Adams and Another Roadside Attraction by Robbins pushed me into the wilder side of writing regardless of censorship, as did the Fabulous Furry Freak Brothers comics. It’s a place that I really like to visit, but would not necessarily want to live there full-time.

Stephen King’s use of everyday horror convinced me that alarming scenes can be created by using almost anything as a prop. At home, we have a game. We name common household objects that could be converted into a dangerously exciting killing machine – the more gross the better. We are inspired!

Tell us a little about your latest book?
I don’t want to spoil anything for its readers. Rarity from the Hollow is full of contrasts: harsh reality amplifies outrageous fantasy, bitterness blends into acceptance and empowerment, tragedy inspires comedy, and a biography of a victim becomes a science fiction story. It does not fit neatly into a genre, such as romance, horror or even speculative fiction.

The protagonist, Lacy Dawn, is the last person on Earth that one would expect to be charged with saving the universe. The Evil was the original spawn of the human race and now so universally despised that any homemaker would be embarrassed to admit its occupancy. I know that this sounds vague, but it’s difficult to avoid spoilers.

This novel was written for an adult audience, but does not have graphic sex scenes, a lot of violence or any of the other similar content that one might assume to be attributable to an Adults Only classification. It is sweet but frank and honest with no holds barred. It addresses the complexities of real life, but presents sensitive topics that might trigger emotional distress with comic relief. My intent was for readers to enjoy the experiences that I created with everyday words and colloquialism, but not to gloss over realism in the way that some YA titles accomplish.

In a nutshell, Rarity from the Hollow is about a traumatized little girl who learns to be the Savior of the Universe with the help of her mentally ill family and friends. It’s up to readers to decide which scenes are dissociative as a result of Lacy Dawn’s severe traumas and which scenes are pure fantasy and science fiction. I hope that readers take away the sense that action empowers one to overcome any real or imagined tragedy.