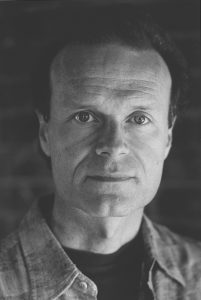 Tell us a little about yourself. Where were you raised? Where do you live now?
I came of age in a small town in the deep South suspended in time and haunted with stories. I’ve published novels, poetry, short stories, and a play. Today I live in the Pacific Northwest.

At what age did you realize your fascination with books? When did you start writing?
I’ve been addicted to writing since childhood. I sold my first book door-to-door in the neighborhood when I was ten. I have five published novels: two horror (THE CALLING and ROADKILL), an American odyssey set in 1968 (LONG TIME GONE), and a dystopian thriller with a climax in a drive-in theater (RING OF STARS). That’s four. The fifth comes up two questions later!

Who are your favorite authors to read? What is your favorite genre to read. Who Inspires you in your writings?
I’m attracted to stylists: Bellow, James Salter, Michael Ondaatje, Nabokov, Walker Percy. T.C. Boyle. A couple of my favorite genre writers are Thomas Harris (SILENCE OF THE LAMBS) and Neal Stephenson (SNOW CRASH).

Tell us a little about your latest book?
THE SOUL SNATCHERS (http://www.invernesspress.com/soul_snatchers.html) is set in the near future, a dozen years out. Tzaro Janssen, a seismologist in a next-gen lab in the San Juan Islands, is toeing a fault line. His girlfriend Therica has become … not herself. Stories like hers are lighting up media around the globe—psychotic breaks, social isolation, explosive violence. And no known cause.

A chilling discovery on Therica’s phablet fractures the world Tzaro knows and propels him into a strange, altered one. At the center is Therica’s obsession, the mega networking platform Wundrus.

With the fates of Therica, his son Derek, and billions of the socially interconnected in the balance, Tzaro and the rag-tag team who join him—Calvin Carmody the professor of ancient languages, Svetla the Bulgarian Guber driver, Wes the old-school programmer, and hardheaded Morgan, rebel with a cause—plunge into a race against madness.

In a future world not so distant, in a cyber cell in the shadowy foothills, the soul snatchers are watching, and waiting.

The emphasis is on entertainment, but the novel has a point to make about isolation in our hyperconnected world. It took a couple of years to write, start to finish. That’s fairly rapid for me.