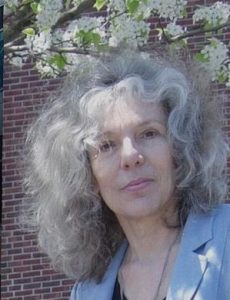 Tell us a little about yourself. Where were you raised? Where do you live now?
I am a writer from New York City, Massachusetts, California, Texas, England…I’ve lived in all these places 🙂 and written one or more books in each one. I write fantasy and science fiction, mainly, so the origin of my work has roots in so many worlds, imaginary and real. Fragments of images from each place I’ve lived enter the stories and books unbidden.

Words were magic to me from the beginning. The stories I read as a child always left me in a state of wonder. I believed they were real. I invented my own very early on. Words were enchantment. Still are.

My Dad was a raconteur, and had immense curiosity about everything. He recited Shakespeare to us when we were toddlers! Books always mattered, and exploring the unknown. To this day being in a library feels like magic. I still remember the happiness of getting my own library card at age nine. In my book, Guardians of the Field, a room called the Library figures as a kind of ancient source of the world that the characters live in. I realized as I was finishing edits for it that I wanted to enter the Library …as if I hadn’t invented it!

My first sense of being a writer as a total life’s work began in my early twenties, but not with any awareness of how to do it. I had plans to teach at a university and that was my whole direction at the time. But I studied English literature and the writing was always just there. Then I spent a couple of decades in corporate (penance of some kind?) and just queried things to be published now and again. It was when I left corporate and found the indie world that I found a way to publish truly.

At what age did you realize your fascination with books? When did you start writing?
At age 6, and never stopped… 🙂

What I have discovered that fascinates me is that from the very beginning, still in junior high school, I would create whole books–write stories or nonfiction, collect photos and images to go with them, and create a cover, and then staple or bind the whole together–a full creation. I loved doing that and continued to create such “books” even in my thirties. Then the Internet brought Amazon and Indie publishing–which meant perforce I had to write the books AND produce them–the artwork, covers, medium of display–eBook or print, do the formatting and editing, decide on design features, study services and methodologies, explore subjects in depth–the WHOLE THING. I adore this aspect! And isn’t it wonderful that it EXACTLY matches what I was so inclined to do as a child?! How extraordinary to have a medium made real in which I could create something that had always been my natural inclination. I love the process–all of it.

Who are your favorite authors to read? What is your favorite genre to read. Who Inspires you in your writings?
SO many, among them: David Copperfield, A Midsummer Night’s Dream (all of Shakespeare), Jane Eyre, “Nightfall,” “A Game for Blondes” (MacDonald’s best), Rendezvous with Rama, Mary Shelley’s Frankenstein, Chester Geier’s “Environment,” most of the non-gory mystery writers from the last hundred years or so, “Rule of Three” by Theodore Sturgeon, Dune, the poetry of Maya Angelou and Emily Dickinson, Jane Robert’s Oversoul Seven, and scripts for films like The Day the Earth Stood Still and It Came from Outer Space, just about everything by Ray Bradbury, Jane Austen, and Agatha Christie, film noir, Ronald Moore’s Battlestar Galactica…and forever Star Trek, and SG-1…the list is large, always growing! What these and the rest hold in common, apart from wonderful storytelling, is the intensity of the author who wants to present something authentic, no matter the risk, to explain what lies within the story that is not only sub-text but also truth-telling. Such writers seem to me to accept the premise that finding the heart of what they want to say and the words to do that are what make a good day, no matter what. They write for their own meandering path of reality and substance and to grasp ephemeral and hidden awareness. That’s what I seek, as well.

I get inspired by things that draw me into their realm, sometimes people, more often places I visit or creativity in other fields. I am drawn to mysteries, alternate reality, NDEs, spiritual, metaphysical, high fantasy, writer biographies, geology, origins of ancient monoliths, classics, humor, crystal formations, genealogy, Renaissance music, paleontology, ancient music, Old English as a language, Hildegard of Bingen, Glastonbury, England, Nature, Native American shamans, healing modalities, eclectus parrots (I have a brilliant, very green (and talkative) eclectus named Harry who introduced me to the fascinating world of parrots), golden retrievers…there’s so much that fascinates and draws me in. This 3-D world is precious and . . . just, precious.

Tell us a little about your latest book?
Well, it is rather a shift right now. I am working on two at once, one a fantasy, the sequel to Guardians of the Field, and the other a totally different genre (for me)–a cozy mystery, that I plan to make into a series. It seems to be writing itself and I love it. I set up a public launch on Facebook for October 15th to ensure I finished it on schedule, but it really seems to be writing itself! The moment I sit down to work on it, at least 2000 words show up with no hesitations. It is astonishing.

Though I have read cozy mysteries for a long time, starting with Agatha Christie, I never planned to really write one. But this evolved in a most curious way. I had written a story for the Reedsy prompt last December, and my story won–called “A Matter of Time.” I wrote it in one fell swoop, having fun with it. The story involved a British woman in her thirties working at a largely unsuccessful film studio in London who gets a surprise inheritance from someone she believes was her great-aunt in America, though she had never heard of her before. This story is pinned to my Twitter page. When she arrives in upstate New York, at the request of lawyers to settle the estate, she gets attached to the new landscape, and the beautiful home that has been left to her that has a view of the mountains, and ends up keeping the property, not selling it. She also ends up learning her “great-aunt” is an older sister she never knew about. Well, I got 700+ readers on Reedsy on Medium for that story! So surprised. And a number of them wanted to know more about the main character Honoria, including Reedsy… 🙂 I liked all that but never gave it a thought again, just not on my radar.

Then in mid-April of this year, doing something else entirely, a flood of information entered my mind–all of it related to that story! I not only saw Honoria (shortened to Ria Quinn) in her sister’s house, but had a name for the town–Shokan Falls–a whole vision of the characters who lived in the town, the plot which involved two murders, the culprit (and motivation), and more. I had to scramble to get it all down and created pages for the “Cast of Characters” and “Story Arc” and “Essential Clues and Red Herrings.” I was suddenly immersed in that world.

From that day forward I have been writing the book, interrupted for two weeks only when I moved residence. It is a dream to write. Two male characters have emerged as possibilities for Honoria–Sam, a lawyer, and Gareth, the sheriff. Ria encounters people of all kinds in that small town, including Deidre, who becomes a good friend, Deidre’s sister Aletha who runs the crystal shop and whose daughter dresses like a goth, the local minister who is more attentive to his female parishioners than to his wife (according to the wife), a very engaging woman in her 70s who was an ex-intelligence officer and now paints acrylics and is innocent of all speculation (she says), a coach for soccer who is devoted to his stock trading more than his charges, and more. If anyone had asked me last year whether I’d consider writing a cozy mystery, I’d have said not at all. But life had other plans…correcting my course like a ship at sea. I have even created business cards using the cover, and the cover was another surprise. My digital artist for my book covers is in Australia and had never done a cozy mystery before, no more than I had. All I told her was that the main character was an amateur archaeologist who had explored Neolithic sites in Britain, that she found a similar site in upstate NY (there actually are Neolithic shelters in the Hudson River Valley) and that Ria also found a golden retriever in the rain. My artist created a wonderful cozy mystery cover out of that.

I also have FB groups where I learn more about the process of writing cozies and of course, I am reading many of those authors now with delight.