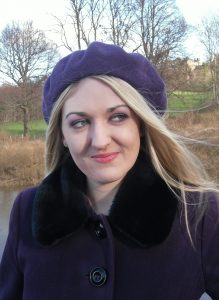 Tell us a little about yourself. Where were you raised? Where do you live now?
Trueborn 90’s child, England native and a great lover (and hoarder) of books with a dream of being

I was born in and currently live in the North East of England – with zero intentions of leaving my bleak, windswept, and salt-stung homeland – with my spoiled, fat cat, Cat.

At what age did you realize your fascination with books? When did you start writing?
I remember the precise moment when it happened; I was four years old, in Reception class (Kindergarten for those stateside), and our project for the day was to learn how to fold paper in a certain way that made it into a “book”, then fill it with a story. Mine was weirdly bleak for an otherwise cheerful four-year-old.

My teacher was very impressed, gathered the class around to read them the story, and made a huge ceremony of having the “book” saved in my learning folder. She suggested I be an author, and I guess I was a pretty impressionable child because I just remember thinking “Yeah, I should be!”

The Dancing Tree never took off, for those wondering.

Also, though I don’t remember doing this, when I was three years old, I was apparently caught sitting on my mother’s bed trying to read Wuthering Heights.

Who are your favorite authors to read? What is your favorite genre to read. Who Inspires you in your writings?
I absolutely ADORE fairy tale adaptations! It all started when I read Alice by Christina Henry and realised there was a whole sub-genre of fantasy that I hadn’t tapped into, and I started devouring any I could find. I think by now I’ve basically read all the fairy tale adaptations on the market! I’ve also really gotten into ghost stories a lot over the last couple of years.

Weird thing is, I don’t think any of them actually influence the way I write. I just love to read their stuff. It inspires me to write more often because I want to be someone’s favourite author someday.

For favourite book, I’d have to say Anansi Boys, by Neil Gaiman. I know a lot of people pass this one over for American Gods or Good Omens, but Anansi Boys was the first Neil Gaiman book I ever read and I loved it. I loaned my beloved and dogeared copy out years ago and never saw it again, and my partner knew how much I loved it, so he bought me a beautiful hardback illustrated version for Christmas 2019.

Tell us a little about your latest book?
I’m currently working on the sequel to The Old Ways, entitled The Age of Magic, set for release March 2022.

In The Old Ways (released September 2015), Thomas Rhymer’s young sister is stolen away by shadows and smoke, and he discovers there’s more to life than the fields and forests he knows so well. If he has any hope of rescuing Alissa, he must first cross into a realm where magic is lifeblood, and where shadows dance with dragonfire.

With the help of the seelie faery Thistledown, Thomas embarks on a treacherous quest, deep into the heart of war-ravaged Albion. But getting his sister back means pledging aid to Mab, the usurped Queen of the Old Ways, against the tyranny of the Dark Prince.

Yet danger and deceit lie around every corner, and some secrets are better left untold.

The sequel, The Age of Magic, follows Tristan Rhymer, Thomas’s son, as he follows his father’s footsteps across the bridge to the realm of Albion, a world of faeries, magic, monsters, and gods.

Albion is just recovering from the ravages of the war, but a new threat is lurking in an old ruin called The Iron Keep, a threat that could sunder fragile new alliances and raze Albion to a wasteland of salt and ash and bone.

Tristan must learn to harness his newfound magic and work with old enemies if he and his family have any chance of defeating the undefeatable: Death himself.