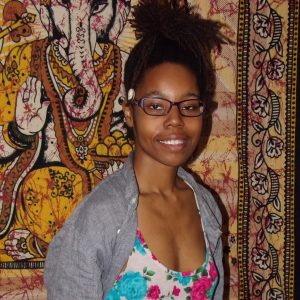 Tell us a little about yourself. Where were you raised? Where do you live now?
Name: Rachel Griffin
Hometown: Cleveland, OH
Founder | Owner | CEO of Pen & Camera

My journey officially began at age thirteen. I had suddenly began writing poetry in my notebooks in my bedroom. I was feeling, thinking and going through so much before, and after, that I wasn’t conscious of what I was doing. That led to me being solid on my future career. Photography had not been considered an addition until my final year of high school. Realizing how fun it is and how much I could incorporate that into what I write, the more confident I became in my decision.

Though Pen & Camera went through many growing pains since 2015, so did I. Which is why I began writing, let alone start my business. It’s also why I photograph and video so much now. I have a voice and I’m choosing to use it for positivity. I haven’t had many positive voices in my ear. I wish to be that positive voice for someone else. Even if it’s just one person, we can all heal, grow and be better for ourselves and each other.

Growing up in Cleveland, there’s so many opportunities. Only if you aren’t being held back by outside forces. I can imagine how much I could’ve done, but everything happens for a reason. Though I wished for a different life, I wouldn’t trade it for anything. If it weren’t for my own traumas and healing from them, I probably wouldn’t have been inspired to write as much as I have. And once I have many acres of land, it’ll be a paradise for all animals. Especially the dogs. I’ll never treat them how my elders have.

At what age did you realize your fascination with books? When did you start writing?
I began writing when I was about thirteen years old. My fascination for books began then as well. I hadn’t fully realized my fascination for books or writing until I was a senior in high school. That’s when a lot of the things I was wasn’t too sure about began to solidify

Who are your favorite authors to read? What is your favorite genre to read. Who Inspires you in your writings?
I don’t have a favorite genre or author to read. I pick up whichever seems the most interesting or informative to me. My favorite poet, Maya Angelou, inspired me to continue with poetry. MY grandmother inspired me to continue with whichever inspires happiness within me and doesn’t harm anyone else.

Tell us a little about your latest book?
Deja Soul is a purple Phoenix who’s role is to be the leader of her planet Magma Wilds. Unfortunately, she began losing her memories after her first reincarnation. Not knowing what to do or where to begin, she meets with all of her sisters. City by city, she would travel to each one in the hopes of getting her questions answered. She doesn’t have to travel alone, because they refuse to leave her when they’re needed the most. Most importantly, she needs herself at the best she can be. Will her siblings techniques work? Will Deja ever remember and be the phoenix she wants to be? the leader everyone knows she can be?

This book took the better part of 2020 to write and complete. I wanted this one to be just as special as my first, Khyrus: Deity of Virtue & Strength. In Deja Soul, I wished for women to see how much we can accomplish by coming together. Show each other that we don’t always have to go through something alone. I also wish for this to be an example to young girls so they’ll grow up with that mentality. Entertaining with a message. Planting seeds to nuture future generations.