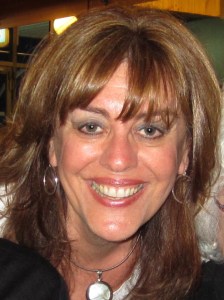 Tell us a little about yourself. Where were you raised? Where do you live now?
I was born in Adelaide, South Australia; I moved to Sydney, New South Wales when I was nineteen (for love, marriage, children and dogs).
For a long time, I just assumed my childhood was an average one (although … having a lamb as a domestic pet in an urban setting should have been a giveaway). My parents were not your average Aussies and I was not your average kid. They were born and raised in Egypt, Jewish and of Romanian descent; I was the misfit wild child, caught in a cultural crossfire as they struggled to assimilate. It felt tragic to me. But I also saw humour in it, and was often in sh*t for laughing at inappropriate times. It was not an easy road, but, oh … what fabulous raw materials for a writer!

At what age did you realize your fascination with books? When did you start writing?
I became fascinated with books from an early age. Reading fiction stimulated my imagination, which is important for a right-brained person with a rich inner life. It provided relief against a dry and fact-based system of education. And where reading ultimately led me to escape this, writing has helped bring me back to a more organic reality.
The maxim, ‘Children should be seen and not heard’ was still in force during my formative years. And my parents, who were not progressive sorts, were tethered to it. Well, I had (and still have) plenty to say! Only, it didn’t go over well back then, so I stopped trusting my own voice. I lost it … until twenty-four years ago when my parents passed away. If I could pinpoint a time when my writing career began, I’d have to say that was it.
It started with a personal journal. I was my only audience and it was a safe space to express—I could say anything I wanted to without fear of being judged and shamed. And then at university, the gods conspired and led me to two lecturers who worked in tandem and had a reputation for ‘breeding difficult students’—encouraging us to think outside the square, they celebrated innovation. I now had an audience of three, and my progressive ideas were well-received. I then joined an online writers’ site and my audience grew. The praise my writing garnered encouraged me to finish and publish my book, and to start a blog.

Who are your favorite authors to read? What is your favorite genre to read. Who Inspires you in your writings?
My favourite genres are fiction—mystery-thrillers and humour/satire.
Favourite fiction authors:
1. Lee Child, Michael Connelly, Robert Crais and Mary Higgins Clark (mystery-thrillers)
2. Harlan Coben (who infuses his thrillers with humour)
3. Janet Evanovich (humorous thrillers)
4. David Sedaris (satire)
5. Danielle Steel—her later novels because, apart from the fact that she addresses the major themes of the human condition, what woman doesn’t like a bit of romance! We’re inculcated with a fairy tale blueprint, and it’s not a bad thing to occasionally escape our harsh reality (as long as it doesn’t become a way of life).
And who inspires my writing?
1. Thomas Moore. His book, ‘Care of the Soul’ shot my fairy tale fantasy to hell and changed my worldview (in a good way)
2. Clarissa Pinkola Estés—a true champion of the wild spirit, her book, ‘Women Who Run with the Wolves’ (perhaps my favourite non-fiction book, ever) has been a game changer
Estés and Moore’s unusual take on the human psyche might seem like a new view, but it just revamps a cobwebby old one, and demonstrates how ancient myths can help us understand what really drives our thoughts, impulses and behaviours. For me, this has resuscitated another source of inspiration:
3. Baubo, the goddess of obscenity—she who embodies a holy kind of dirty! Her Bawdiness keeps reminding me of the absurdity of our humanness and the healing value of laughter in a society that gags on moralism and sees a little too much tragedy

Tell us a little about your latest book?
My book, ‘Odyssey in a Teacup’ is, essentially, the healing journey of the misfit. It’s a modern-day satire on ‘The Ugly Duckling’ meets ‘The Odyssey’.
A dissenting Ruth Roth rails against the injustice and insanity of her home environment, and is mystified by the stupidity she encounters outside of it. But she copes with the help of her closest girlfriends: ‘the genteel Vette with the big caboose, and the ballsy Maxi with the big mouth!’ And then there’s Ralph, Ruth’s hot-looking, eccentric cousin and best friend. Also a misfit in his family, he has his share of problems including a st-t-t-tuttering brutish father, and an obsessive-compulsive personality disorder—Ralph needs to do everything twice, twice.
Learning from a high school teacher that life is a tragicomedy, and just ancient myth in modern attire, helps Ruth tolerate what she’s up against daily. And over the years, as she increasingly starts to filter information through the ancient part of her brain, she discovers that she’s always been driven by the butt-ugly goddess of obscenity! Even when Ruth tires of the struggle and gives in to her family’s attempt to shrink her into a wholesome package of conformity, the irrepressible muse remains unstoppable. So, ridiculous situations still abound! And it’s a good homoeopathic dose of ancient mythology that helps Ruth find her way back through the sludgy shame and irrational fears choking her spirit. Then just when all seems well, she faces an apocalypse …
Odyssey in a Teacup has had a long incubation—I started it fourteen years ago! Hey, great things take time (and pay off)—I was chuffed when it became a bestseller on Amazon not long after its release, and after two months, a US Amazon #1 bestseller (humour & satire)—but I’ve got this writing thing figured out and my sequel is well underway.