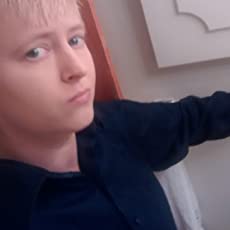 Tell us a little about yourself. Where were you raised? Where do you live now?
I grew up in a small town, a place where you had to make your own fun. There wasn’t a movie theater in my town or a concert hall. There was just a pool and a library. Therefore, I took up a great interest in reading. As I grew older, I began to write, and I eventually went into the military. My career field in the military was centered around health management, so in my free time, I took extra assignments from the base newspaper, The Nucleus, so that I could expand my talents. I eventually was honorably discharged and landed in a new city, where I wrote for The Rover and The Gateway, which were local college newspapers. A few years later, I took an assignment to write for The Sarpy Sun, The Midtown O, and The West O. After about two years of doing this and exploring journalism, I decided to take a break. I didn’t begin to write again until 2012, and I didn’t write seriously until I got married to my wife in 2015.

At what age did you realize your fascination with books? When did you start writing?
I realized that I was fascinated with books when I was eight. I was walking in my school library, and I saw a book that was written by a boy my age. After looking closely at his work, I was inspired to try and create my own story. I started by creating picture books and comics, and later on, I wrote screenplays and for newspapers. It took a while for me to realize that my true calling was writing novellas and novels.

Who are your favorite authors to read? What is your favorite genre to read. Who Inspires you in your writings?
Early on, I was influenced by Jane Austen and later by Julie Ann Peters. As I got older, novels by Radclyffe began to hit the Barnes & Nobles shelves, and at that time, there were only a few lesbian fiction authors. After reading several of her works and exploring that of Gabrielle Goldsby and Gerri Hill, I decided to write my own lesbian fiction stories.

Tell us a little about your latest book?
My latest book is called Complicated Heart. This is the fourth edition in the Avery Detective Agency Series, a series that was first inspired by my grandfather. I decided to write a fourth installment because several readers had contacted me requesting this addition, and since I love mysteries, the writing process flowed naturally.