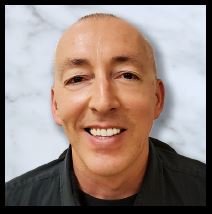 Tell us a little about yourself. Where were you raised? Where do you live now?
I am the author working on the Pink Panthers trilogy series, including the first novel “The Greatest Thieves in the World”, which was published globally in June this year. I am a logistics specialist having worked for large international organizations and corporations such as the United Nations, Halliburton/KBR, or DynCorp, being stationed for twenty years working in areas consumed by ferocious civil wars in Bosnia and Serbia or the occupation of Afghanistan and Iraq. I am an author who lived and worked in 4 continents and witnessed 4 wars, walking the paths of my characters, therefore being able to turn my extensive experience into inspirational and instructive fiction and non-fiction narratives. I am telling stories about paradoxes of the modern world where evil reigns while chivalry yet survives and write only about real-life stories which have it all, a powerful blend of real-life situations and crime thriller, shaking family experience and shocking war and political drama.

At what age did you realize your fascination with books? When did you start writing?
I used to be shy about my writing, which I have been practicing as a hobby for some 25 years or so, writing essays and stories predominantly about the war experience. Then I was too absorbed with everyday life, family, and business, and couldn’t stand exposure to the creative side of my personality. Slowly, I’ve completed the novel and pitched it for almost a year with no success, nobody in my homeland in Bosnia and Serbia offered to publish it. But suddenly, in March, I found myself locked down, with nothing but time, a notebook full of notes and complete novel in Serbian language and a chance to make some sense of this crazy moment in time. So, I had it edited and translated into English and published it in the USA first before my homeland. Only after that, the publishing offers from my homeland started popping up. Nothing is impossible!

Who are your favorite authors to read? What is your favorite genre to read. Who Inspires you in your writings?
I love the raw style and brisk observation of all the dark and decay in human nature and society as brilliantly portrayed by Bukowski of the modernists and Dostoevsky of the classics. I admire Dostoevsky as a writer with the natural talent of scanning through depths of the human mind, as well as skill to infect the reader with the lucidity and passion with which he writes of his views and ideas. I love Bukowski, the dirty nihilistic realist with unquestionable talent and an unrivaled passion for writing as sheer pleasure. Despite all of the ups-and-downs of his disturbed life, constant intoxication, loneliness, misogyny, and personal problems, Bukowski actually wrote. His novels and poems are so simple — simple words, sentences, and ideas — and yet so lively, deep and relatable. The writing style I tend to be developing is based on that premise – digging deep into characters and write lively and relatable true-life stories.

Tell us a little about your latest book?
This novel is the first part of a trilogy that deals with the socio-historical context of emergence, rise, and (temporary) fall of the famous and powerful international robber group, Pink Panthers. I have been writing my first novel “Pink Panthers: The Greatest Thieves in the World” for the last three years but I dreamt about writing it for the last 15 years since I read the reports of their first robberies. I considered them yet another gang of robbers who dare defy the society and its norms taking such risky steps. However, as time went on, I realized that all the risk that the Pink Panthers had invested in the robberies was very well calculated in the overall equation. I don’t even have to mention that the locations chosen by the Pink Panthers sounded bombastic as if from the best Hollywood production. Paris, London, Amsterdam, St. Tropez, Dubai! The ideas that the Pink Panthers introduced as a ‘patent’ in committing the robberies were more intriguing than even the greatest movie-minds could come up with. And I’m not just talking about disguising themselves as women, fleeing by speedboat and the like, but that all the robberies were committed without a single victim, and that’s what makes the Pink Panthers unique in the criminal world. With their imagination and extremely expressed audacity in carrying out their robberies, they left the world breathless, including me.

By personalizing the functioning of criminal cartels, the horrors of war, the violent discord of country and pitiful dissolution of a family, and showing the results of these bold events have on individuals is the general theme I tried to dive into with this novel. The light form of adventure drama shows the correlation of organized crime, social anomalies, wars, and interests of the great who ruthlessly manipulate and destroy the lives of the small, from individuals to nations. The background story shows the entire process of the diamond business, how diamonds come to jewelry stores, from relentless exploitation of rich deposits of poor third-world countries and inciting bloody civil wars in them, to the intertwining of the diamond business with drug cartels, human trafficking, interests of banks, corporate and military-industrial magnates and diplomatic-political machinations.

If you’re curious what it’s like to be a Pink Panther, read this book. If you have the courage, dare follow the steps of our heroes, embark on an action-adventure with the Pink Panthers, and personally experience the world’s most famous diamond robberies. Furthermore, find out how diamonds are made and come to that array of glittering shops, from the hot sands of Africa where greedy corporations exploit human and mineral resources in collaboration with corrupt politicians, through shining modern Europe all the way to Dubai. Get to know the dark world behind all that glitter and glow of riches, touch the blood, sweat, and tears that they represent in reality.