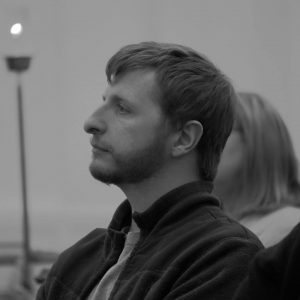 Tell us a little about yourself. Where were you raised? Where do you live now?
I was raised on the Eastern Shore of Virginia, which is the forgotten two counties of Virginia that extend from the southern border of eastern Maryland. After 28 years, I’ve only managed to move an hour and a half away to where I currently live in Salisbury, Maryland which is just south of the southern border of Delaware. I share my home with a cat named Ghost, whom I adopted from the animal hospital where I am a practicing veterinarian.

At what age did you realize your fascination with books? When did you start writing?
I honestly cannot remember a time when I was not reading as a child. My mother was an elementary school teacher, so reading was certainly high on the list of priorities for her children. I participated in the Accelerated Reader program, and I was the school champion of my elementary school and broke the point record three years in a row, a record which I have no idea if it has been beaten in the almost twenty-year interim.
I started writing in middle school, but there were many false-starts through high school and college before I actually sat down and started writing my first novel in veterinary school. I would like to point out, though, that some of my middle school ideas still persist in the finished product of my first book.

Who are your favorite authors to read? What is your favorite genre to read. Who Inspires you in your writings?
I am a fantasy novel junkie, to be honest. My favorite authors are ones who can come up with unique systems for magic. For that, I would say Brandon Sanderson is my current favorite for his Mistborn trilogy and the Stormlight Archives. Brent Weeks’ Lightbringer series, Sebastien de Castell’s Spellslinger series, and Patrick Rothfuss’ Kingslayer Chronicles are also current favorites of mine for their magic systems. Michael J. Sullivan with the Riyria Chronicles and Riyria Revelations series is also an author I enjoy more so because of the humor he manages to slip into the books.
If I can manage to be half as clever in my writing as those listed, then I will be happy.

Tell us a little about your latest book?
My latest book is called “The Dragon’s Rising”. This is my debut novel in what I expect to be a trilogy following the journey of Falkier Inalumin.
Falkier used to be a court scribe under King Siphem of Grent Corine until the king had him imprisoned under the charge of sedition. Six years later, Falkier dreams of a sword in an endless meadow on the same night that a stranger appears and helps him escape from prison. He wakes up the next morning carrying the sword from his dream which turns out to be imbued with the spirit of the Dragon, one of twelve Ancients who created the world. The Dragon informs Falkier that he has been chosen to kill Rakar Gorxand, a man who hundreds of years ago had been given a suit of armor by the Ancients and tasked with ridding the world of evil but who allowed the suit to be corrupted.
In order to combat Rakar, Falkier must collect pieces of a new suit of armor imbued by the Ancients. and join forces with a woman who has her own suit. On this first leg of Falkier’s journey, he will join a mercenary’s guild, be taught how to use a sword without seeing, and fight against a man capable of weaving darkness through the fabric of the universe. If you want more details, though, you’ll have to read for yourself.