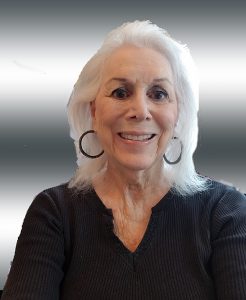 Tell us a little about yourself. Where were you raised? Where do you live now?
I have often called myself an accidental writer. Several years ago I was the partner in a Los Angeles interior design firm and we were approached to write an article for a prestigious interior design magazine about a unique floor my partner designed. We were delighted. The magazine sent out photographers, posed the two of us sitting on packing crates on the subject floor and all that remained was to submit our article. A few days before the deadline we faced the realization that we were not writers and had “zip” to submit. However, after taking the edge off our sorrows with a few glasses of wine, we decided to take a chance and write the article along the lines of a noir mystery rather than a techie article. The editor loved it, and my second career as a writer was launched. I wrote several more articles for that magazine, even had the cover for one issue, and went on to write for other magazines as well.

I literally had one foot in LA and one in Las Vegas until 2013, when I moved into my Las Vegas home full time. I’m very active in the Las Vegas writers community and am on the board of Writers of Southern Nevada. My faithful rescue dog Dylan, an adorable Golden Retriever/Cocker Spaniel, features himself as my associate editor and spends lots of time under my desk while I’m writing.

At what age did you realize your fascination with books? When did you start writing?
I was an avid reader from the time I was a little kid. I was reading at 8th grade level in the 2nd grade and literally devoured books, never thinking that some day I would be writing them. You never know what the future holds. I now have 18 books in publication. 5 of them are the books in the Silver Sisters series. Another is Writers Tricks of the Trade, a book for writers at all stages of their career, and I publish a free quarterly online magazine of the same name. Find links at http://writerstricksofthetrade.blogspot.com.

I wrote magazine and newspaper articles on diverse subjects for several years after that first magazine article. Then in the late nineties my sister Phyllice Bradner (also a published writer) and I decided to launch our own humorous mystery series. We were published in 2006 and the award-winning book, “A Corpse in the Soup,” launched the Silver Sisters Mysteries. I lived in LA and she lived in Juneau, Alaska, so before email was the norm, everything was done by fax or phone. Now I live in Las Vegas and she lives in Oregon, so it is still long distance writing. However, we try to get together for a week or so of sister time and plotting when we begin a book. Through our writing together, we have become best friends. By the way, no surprise that although we are not twins, the Silver Sisters are, Godiva Olivia DuBois, a wealthy widow who writes a syndicated advice column lives in Beverly Hills and the other, Goldie Silver, is an over-the-hill flower child who owns an antique shop in—guess where? Juneau, Alaska. They are identical on the outside, and as different as possible when it comes to their personalities.

Who are your favorite authors to read? What is your favorite genre to read. Who Inspires you in your writings?
I always loved mysteries, even before I was an author. They are my favorite genre to read and to write. My tastes are pretty diverse, though. I love the funny or sarcastic ones and I also love thrillers. Opposite ends of the pole. Some of my favorite authors are Robert Crais, Michael Connelly, Lee Child, Nelson DeMille, Jeffrey Dever, Janet Evanovich, Mary Daheim, and the list goes on. As I said, from the funny to the thrillers.

My original inspiration when it came to writing comical crime capers were the writings of Mary Daheim and Janet Evanovich. However, Phyllice and I didn’t want to set our series in one small town where one or more residents get killed in every book. So we gave our sisters the ability to travel, and they also live thousands of miles apart, just like we do.

I also write the Revenge is Fun series as well as other genres including two true crime books.

Tell us a little about your latest book?
The time it takes me to write a book always depends upon what else is going on. Sometimes it is as short as 6 to 9 months. “Murder on the Menu” took 2 years. “Scammed” has an element that I’ve wanted to use for about 14 years, but never had the right plot. It revolves around an unscrupulous HOA President, because I had an awful experience with one, and it cost me grief and $40,000 in attorney’s fees to get it settled. As a writer, you can kill someone in print and not worry about going to jail.

The latest book is the 5th book in the Silver Sisters Mysteries, “Murder on the Menu.” Goldie’s daughter Chili Pepper leaves her TV cooking show job to become the star chef at a new restaurant in Portland. She joins her old friends from Juneau as a roommate in the fancy mansion they rent. Before the new restaurant can open Chili finds out there’s murder on the menu!

Here is a Peek:
The ornate entry door was ajar. As the officer pushed it open Chili’s gaze swept the expanse of the paneled foyer with its the polished oak floor and rested on the pool of blood at the foot of the swooping staircase. She peeked through the arched doorway and saw Roscoe sitting on the sofa, his head in his hands and his tee shirt streaked with blood. When he looked up at her, his big blue eyes were filled with tears. A second officer stood over him and appeared to be getting his story. The officer who escorted Chili into the house had gone back out and now he burst into the room. He was holding a large object encased in a plastic bag. “You were right, Jake,” he shouted. “Looks like we have a murder on our hands.” It will release on November 26 and the Kindle and eBook are available for PreOrder.

Two books were released very close together. In October, Scammed, the 5th book in the Revenge is Fun series was released.
Life in the upscale Los Angeles community of the Venice Canals takes an ominous turn when the Vice President and Treasurer of the HOA appear to have been kidnapped, and the cops are looking in all the wrong places. Cameron Harson and her neighbors, former FBI agent turned author Dan-ny Garrett and a retired Army Colonel, plus her friend Kate Steele and Danny’s friend Margaret Stanton join forces to investigate. What appeared to be kidnapping turns out to be so much more including murder.

Here is a Peek:
They walked south along Grand Canal towards Sherman Canal. The earlier dark indigo sky had darkened to a blanket of black velvet. Away from the city glow of LA, fields of stars sparkled like diamonds. A light, warm breeze made the normally still water in the canal break into a series of ripples. A sweet scent floated on the night air. Someone’s courtyard must have been filled with jasmine or other fragrant flowers. All in all, it was a lovely night for a walk.

The conversation turned to Al Shady. “What do you suppose happened to him? Barbara never called back,” Garrett said. “Has anything like that ever happened before?”

Cameron thought for a moment. “Not that I can remember. It is strange. I mean if he was home, surely Barbara would have let us know everything is okay. Maybe he had a heart attack or something. Oh, Lord. I hope not. He isn’t a very likable guy, bad superiority attitude and all, but I wouldn’t wish that on anyone.”